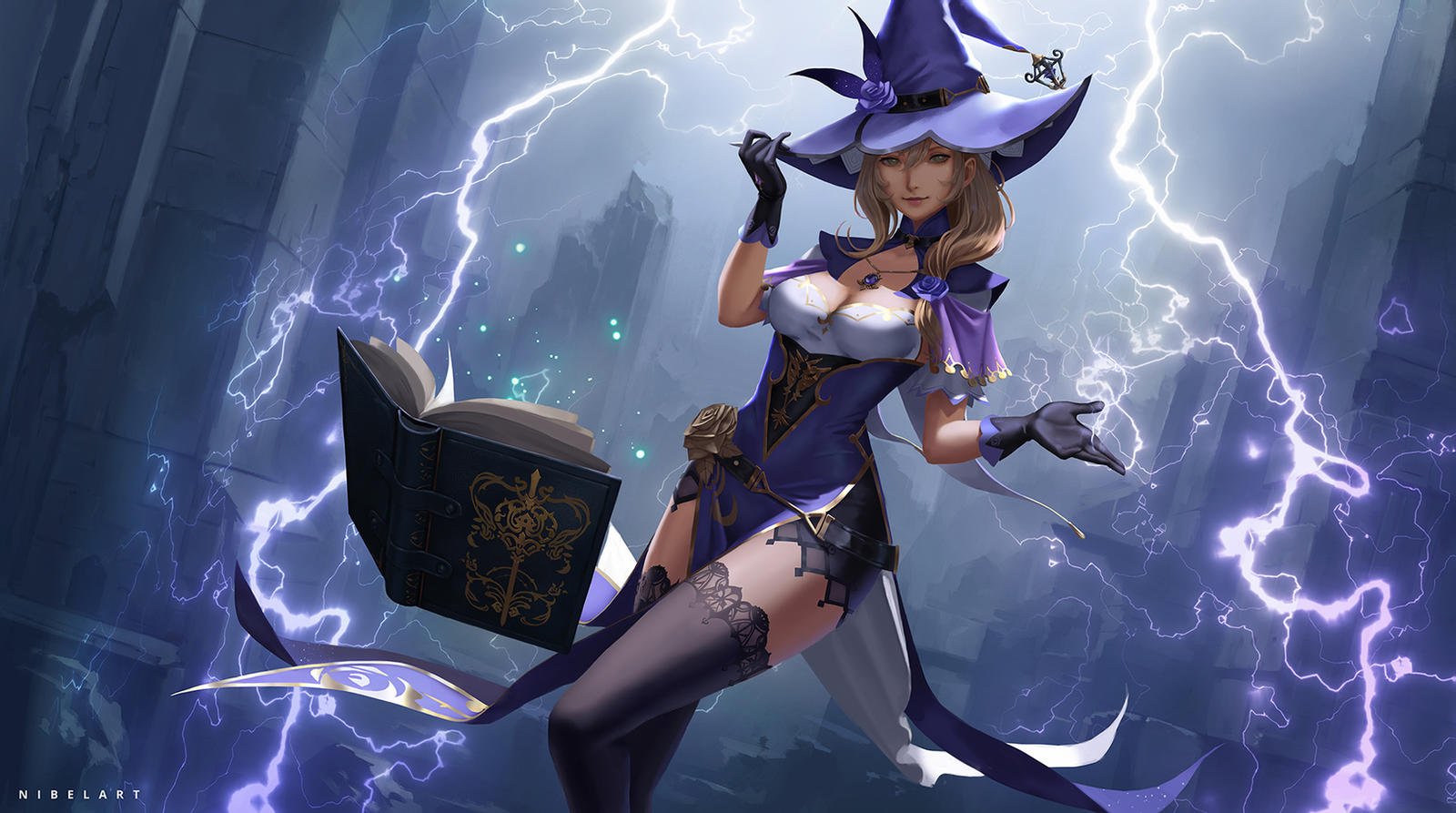 In the game, when we are first introduced to Lisa, we sort of never thought that she would actually be a playable character. Especially, that she would yield the the power of Electro Element. Because come on, a Librarian on our team can be definitely disappointing.

However, the fact that her main weapon is basically using the spell book itself does make sense though. Now, when I think of her, she can be deadly and devastating. Imagine, how much knowledge and spell books she has access to.

In todays article, we will be talking about 10 facts about Lisa that you didn’t know.

At first it seemed weird and kinda cringe but then I though, well it is what it is. In the beginning of the game, when we are first introduced to Lisa, the first thing we hear from her is this Phrase “Oh, it’s you Little Cutie”. From then onwards, we often hear Lisa calling us Cutie or using words such as “Darling”

However, don’t jump on conclusions though guys. The game has no romance system so, it pretty much makes no sense. However, what I do know about Lisa is that she is definitely attracted to Albedo. That fact that Albedo has the unique mastery over his Alchemy Skill just draws Lisa close to him.

But, if they both ever patch up, Albedo would definitely be in pain. Imagine, when Lisa looses her self control and all the electricity running through his veins.

2. HER FAVOURITE FLOWER IS PURPLE ROSE

Purple no wonder resembles to her style of Electro and Electricity from which her whole dressing attire and style is based on the color purple. From her hat, we can see the purple rose tied around the belt of her hat tells us that her favourite flower is definitely Purple Rose.

Unlike, other mages, she has a pretty different dressing style with a Purple White dress patterned with Electro Like designs that totally resembles her character.

3. LISA IS PRETTY SHORT THOUGH

Surprisingly, Lisa is pretty short though, although she surpasses the Global average height of 5 ‘3’, she is still short. But I think her short height definitely adds to her ability to perform better, move swiftly and use her powers efficiently.

Ironically, her abilities are mostly used in far ranged combat where she is not near the opponent. She uses stack damage a lot to deal massive damage and while her thunder lantern is one of the most useful abilities in the game. Especially, if you have a team with just one electro character which is Lisa itself, her ultimate is really good to combine electro with other elements.

4. Her Birthday is on the 9th of June

Lisa celebrated her birthday on 9 June, although unimportant for in-game affairs. This would make her a Gemini, but she’s not always the widespread mould of someone born under the sign. Lisa has not been sharing a birthday with any of the other cast members.

She is also the oldest character aged 32. Lisa has birthdays with famous artists like Johnny Depp and Michael J. Fox. It seems like the 9th of June is a great day for both charismatic people and characters like her!

From the story, if you didn’t know, Lisa actually hates eating meat and other fleshy foods. She says that she just loves to eat vegetables and prefers food without any meat. One of her favourite foods being the Vegetable Soup is at the top of her list.

She also cooks for herself very often and her unique dish sticky honey roast, she loves to have that which seems pretty odd as being a citizen of Mondstadt.

Believe it or not, Lisa actually mentored and taught Razor about the way of the Electro. She also says in the story that, She was amazed by the power that the small boy holder within him.

He just needed someone to unlock his power and Lisa became the right person to guide him through his journey. Razor also looks up to Lisa and he is very thankful to her. In fact, Lisa was very much impressed by Razor hard work and dedication into his training.

There is no doubt, some of the strongest supports in Genshin Impact is no doubt Lisa. However, it turns out that despite her strength, Lisa is a very lazy person. In fact, she used her knowledge to gain power rather that working day and night on sharpening her combat skills.

She is so lazy that even sometimes, she makes Diona do the chores of her house. That explains why she doesn’t even like to come close to her opponents. She is rather happy defeating them from afar one by one. And her ultimate skill does exactly what a lazy person would want. Just place a lighting ward and let the ward do the job.

8. Lisa was actually a Grand Mage

Lisa, a character that is guaranteed for us to acquire has received a lot of hate regarding whether she is powerful or not. I’d say she is definitely powerful, if we know how to utilise her skills. Her skills are not hack and slash, destroy type of fighting style. Instead, her skills requires a little bit of patience and some combat control tricks in order to really deal good amount of damage.

According to in the story, Lisa when she was young actually reach the position of the Grand Mage which she is probably not proud of at all. In fact, I do think that Lisa could be a 5-star character however, the developers somehow though, well lets just make her a 4-star.

NET WORTH OF AMONG US GAME