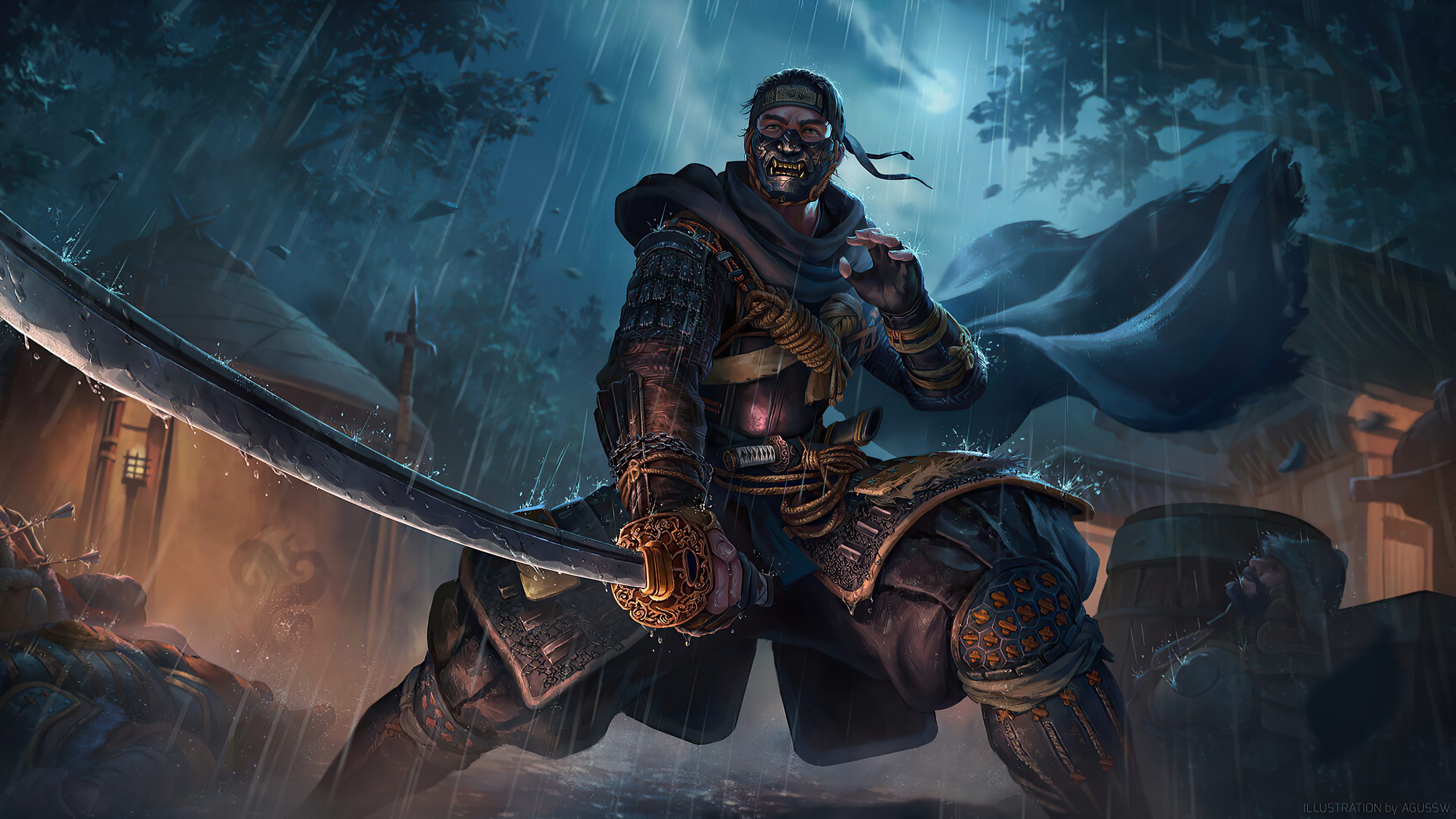 Ghost of Tsushima, it’s one of those games that’s literally breathtaking and just amazing to look at. It’s fun to play and sometimes, it haunts your imagination and tricks you into thinking that somehow, somewhere, you were actually a Samurai.

Today, at Gamers Gags, we are back here with another amazing article, 10 TINY Details In Ghost Of Tsushima You Absolutely MISSED

If you actually didn’t know, that in Ghost of Tsushima, when you sneak, the weather reacts differently.

You can try and experiment that when you sneak, you will see that winds will start to blow more aggressively.

When it is raining, storms start to appear more frequently and when you sneak, the weather just goes crazy. It’s not really noticeable if you have been playing the game because the game is designed to give you more storms as the game progresses.

However, next time when you sneak, try to notice the changes and you will clearly see them.

2. Gin will brush through Tall Grass

This is a very minute detail that is hardly noticeable.

When you are riding on your horse through tall grasses, very subtly, Gin will use his hands and brush through grasses. He will try to clear the way for the horse.

Even while walking, he does that. If are hearing this for the first time, it’s actually really hard to notice. But since now you know, you can easily notice.

This small detail really shows us how the player is naturally connected to the natural world and nature. It also remarkable to know how developers can go this far into creating the finest details of human nature.

3. Stances Matter in the game

You might wonder, there are stances in the game just for entertainment or showing us the way of the Samurai and the cool Marital Arts.

But actually, Stances do matter in the game and you will be surprised to know that each stance is used for a specific type of enemy.

While, it seems really cool to see each of them in action and they way the samurai positions himself in each stance. Most, people with their limited intelligence would think that Water stance is used when, obviously while we are on water, or the Moon stance is used when their is Full Moon up on the sky.

At least that’s what I though for a sec and to be fair, it was obvious to me and many other people.

For example, Moon stance is used against enemies with big armour, while the Stone stance is strong against swordsmen.

So, the thing is, the buttons are not just there for cherishing the samurai culture, it’s there for a serious business, that can cost you your life if you used the wrong one. At least in the game though.

Unless, if you are planning on to become a samurai in the future, then better not take my intelligence as reference.

4. You can take a nap with your horse.

When it seems to you that you’ve done enough fighting, you can actually take a nap with your horse.

One of the coolest things in the game is to see Gin take a nap with his horse. Nah, he doesn’t just sleep on top of the horse.

But the horse actually takes a nap too!.

That’s incredible to see both of them take a nap at the same time.

I only wish that if in real life, Horses were trained to such a level that man, you can literally take a nap, and the horse just follows you.

5. The arrows on your back actually depletes as you use them.

Unlike other games, where you have 300 arrows and you still see the player carrying only 5 to 7 of them on his back. You would wonder, where the heck does he carry all those arrows even.

But in Ghost of Tsushima, you will find this tiny detail of number of arrows getting visually reduced on your backpack as the player uses them. So, if you have just 2 arrows, you will see the player carrying only two arrows.

It’s a really tiny detail and I wonder if any players ever notice them, but kudos to developers as this really makes the game feel more realistic.

6. You can sheath the sword by swiping on your PS4 controller touchpad

If you didn’t know, you can actually sheath the sword by swiping on your ps4 controller touchpad.

I think may of you guys may already know this, but if you are playing on PC, that’s unfortunately not possible.

However, another amazing detail that I’ve found is that, when you sheath the sword, if there is blood on it, the player will actually clean the blood before putting it back into his sword rack.

Moreover, he will wipe his sword on his clothing, and the blood will remain on his clothes.

7. The photo mode in Ghost of Tsushima

The photo mode in Ghost of Tsushima is honestly, one of the best that I’ve ever seen compared to other games where you just taking a screenshot.

Honestly, you can do that with your own PC’s screen shot feature.

In Ghost of Tsushima, sometimes, you do feel like the developers were actually professional filmmakers or photographers.

Because there are amazing things that you can do in the photo mode like adjust the focal length and the blur.

You can also do advanced colour grading, adjust almost any brightness or contrast levels and of course change the angles and take the perfect shot.

This level of advancement in Photo mode, I think it’s about time that you can actually do some serious photography in the game itself.

8. You can actually play the game in Monochrome or Black and White

Exclusively, only in Ghost of Tsushima, you can play the whole game, everything in Black and White mode.

When you first start the game, you have an option to choose “Kurosawa Mode”, where the whole game turns black and white.

Honestly, for some it may not seem cool at all. But for many retro and creative visual and photography enthusiasts, the “Kurosawa mode” can really change the experience of the game and it takes it to a whole new level.

The Kurosawa mode was first influenced by a Famous Japanese Filmmaker Kurosawa. Who of course shot films in Black and White. This one really level ups the game, and if you are photographer, you will surely will able to relate to this mode.

9. Archers yell at their allies before firing their arrows.

This is a very tiny detail, which I think is not noticeable to even the most experienced players. Unless, you have a really good eye or you are actually playing the game to find the tiniest details.

Coming to the game, the arches in the game will shout and sort of yell to inform their allies that they are about to fire.

Something like “Fire in the hole”, in CS:GO, but here you see that yelling at their allies.

This is a really good detail to know as you will know when they are about to fire, so that you can dodge their arrows.

Moreover, if there are enemies carrying swords in front of them, they will actually crouch or move away from the battlefield when archers yell the battle cry.

A very tiny detail but definitely the best one!.

This tiny detail serves no purpose at all in the game. But it’s a really fun thing to do, if you are going to seriously play the game like an actual Samurai.

Especially, if you defeat bosses and generals, you can actually bow before them to show your respect and you get to hear unique dialogues depending upon which enemy you bow.

I wish that, the game would reward us if we actually bow before enemies to gain some certain items. Something like, the dead has gifted us with the power or sword because we payed respect to them.

And the fact that we have helped them break the bonds of life and death and move towards enlightenment.

But ultimately, I’d have to speak with the developers in order for that to happen which is 100% not possible.

However, there are some cool things that can happen if you bow before certain shrines.

One of the things is that when you bow before a Frog Shrine, Frogs will suddenly start to appear around the environment. Similarly, there are certain places in the world, where if you bow, many different things can happen.