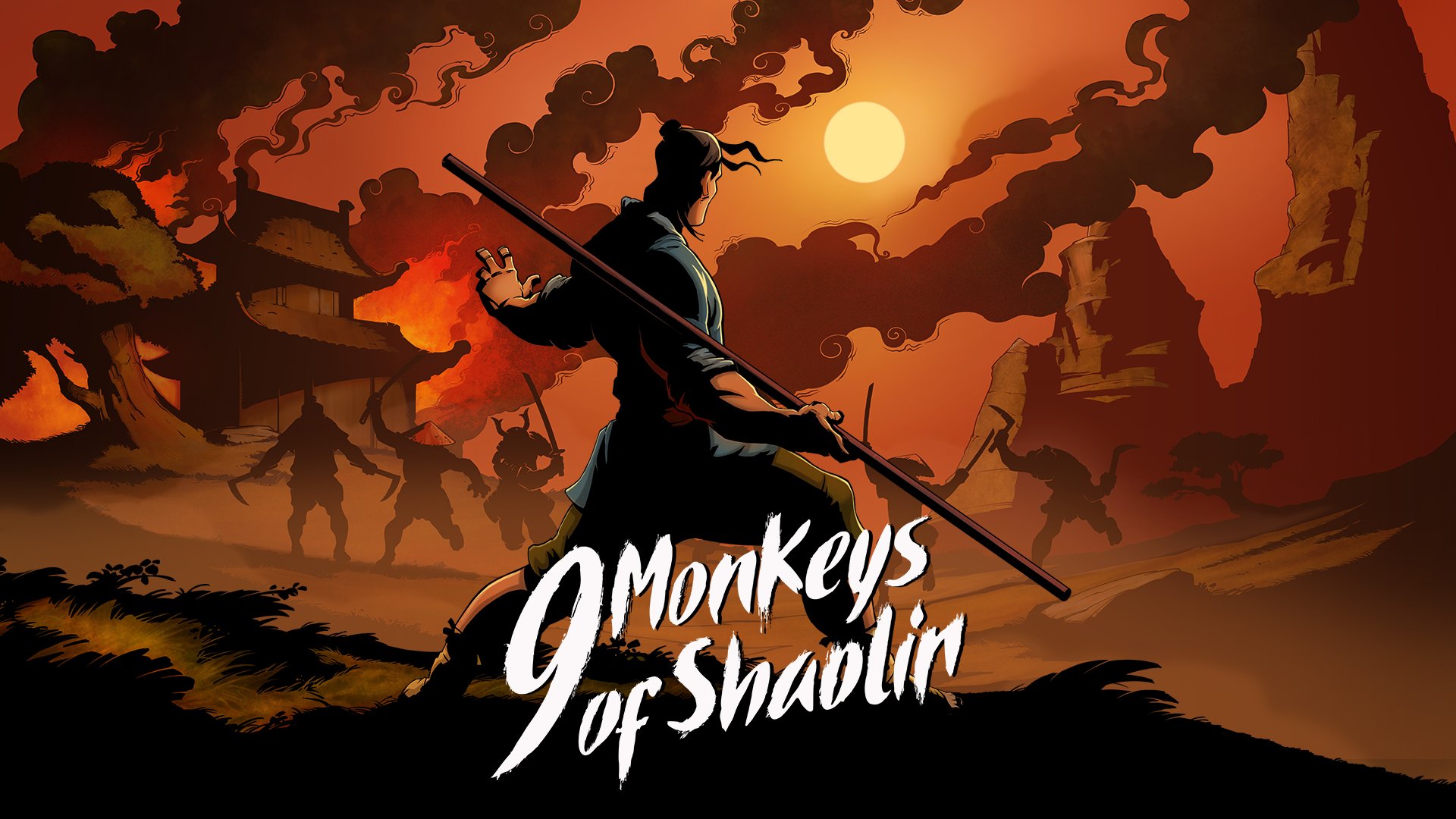 9 Monkeys of Shaolin is a multi-platform side-scrolling beat ‘em up genre game, designed in an old-school video game manner. This game is based on Kung-fu battles representing Medieval China. It was initially released on August 27, 2020, developed by Sobaka Studio and published by Buka Entertainment. The game designer is Stepan Shabanov.

You can play this game on many different platforms, listed below
● PlayStation 4
● Nintendo Switch
● Xbox One
● Microsoft Windows
● Linux
● Macintosh operating system

9 Monkeys of Shaolin in a Nutshell

In this game, the main character or hero is a fisherman named Wei Cheng. The story of the game is based on his life. When he was a kid, his parents were killed by wokou pirates. Since then, he had tirelessly worked on his staff-fighting and Kung-Fu skills, so he could protect his village. But somehow, he was again defeated by the pirates in the attack on his village. Now, he decided to avenge the death of his family and friends.

In the beginning, You will play with only three basic attacks but after getting into and learning the Qi energy from the Shaolin Temple, your player will deliver empowered and improved attacks.

Further in the game, your player will learn the acrobatic stance with three new attacks. Later, you will also get access to the magic seals.

In short, the game is about the journey from a fisherman to a martial arts master.

You can choose weapons and items after winning battles by using the mastery points.

The campaign is divided over more than 20 levels, each of which is set up on different locations and also very often with a view to ancient sites such as ruins or old Japanese buildings.

You will find a thorough trailer of the game here. As this game is available on almost all gaming consoles so the controls are much easy and user-friendly. Similar to all action games, you have a health scale and enemies have to. When you attack, your combo meter starts counting and your damage is increased with the combo number increased. You will encounter solo fights as well as you will have to fight with two or more enemies at a time.

The difficulty level increases as you proceed in the game. To visualize everything, you can watch this video. There you will see a complete explanation of movement and gameplay.

Features (UI) of 9 Monkeys of Shaolin:

9 Monkeys of Shaolin have separate game modes. You can play this game in

On the home screen, you will see the following options

In the settings, you can adjust graphics, vibration, volume, language, and difficulty level.

The graphics of the game is a combination of both historical and mystical. Shadows are designed in such a way to provide a realistic and exciting experience in fights.

You can customize and develop your character after winning fights. You will see many perks, items, and fighting styles in this system. After winning fights, you will receive mastery points that you can use to upgrade the attacks.

Normally, you will play with staff but there are 10 types of Chinese and Japanese polearms, each with its unique traits.

Is 9 Monkeys Worth it?

This game can be proven very interesting for action lovers. With user-friendly responsive controls and the atmosphere of great kung-fu movies of the 70s, all this makes 9 Monkeys of Shaolin a perfect choice for every true fan of really hardcore brawlers.

The smooth graphics and a soundtrack that sounds like candy to the ears, also matching the scenes on screen can give you a good joyous time. There are some minor UI issues that users are facing when using a controller, but they’re easy to get rid of.

So, I recommend this game to anyone that enjoys classic beat ‘em ups.