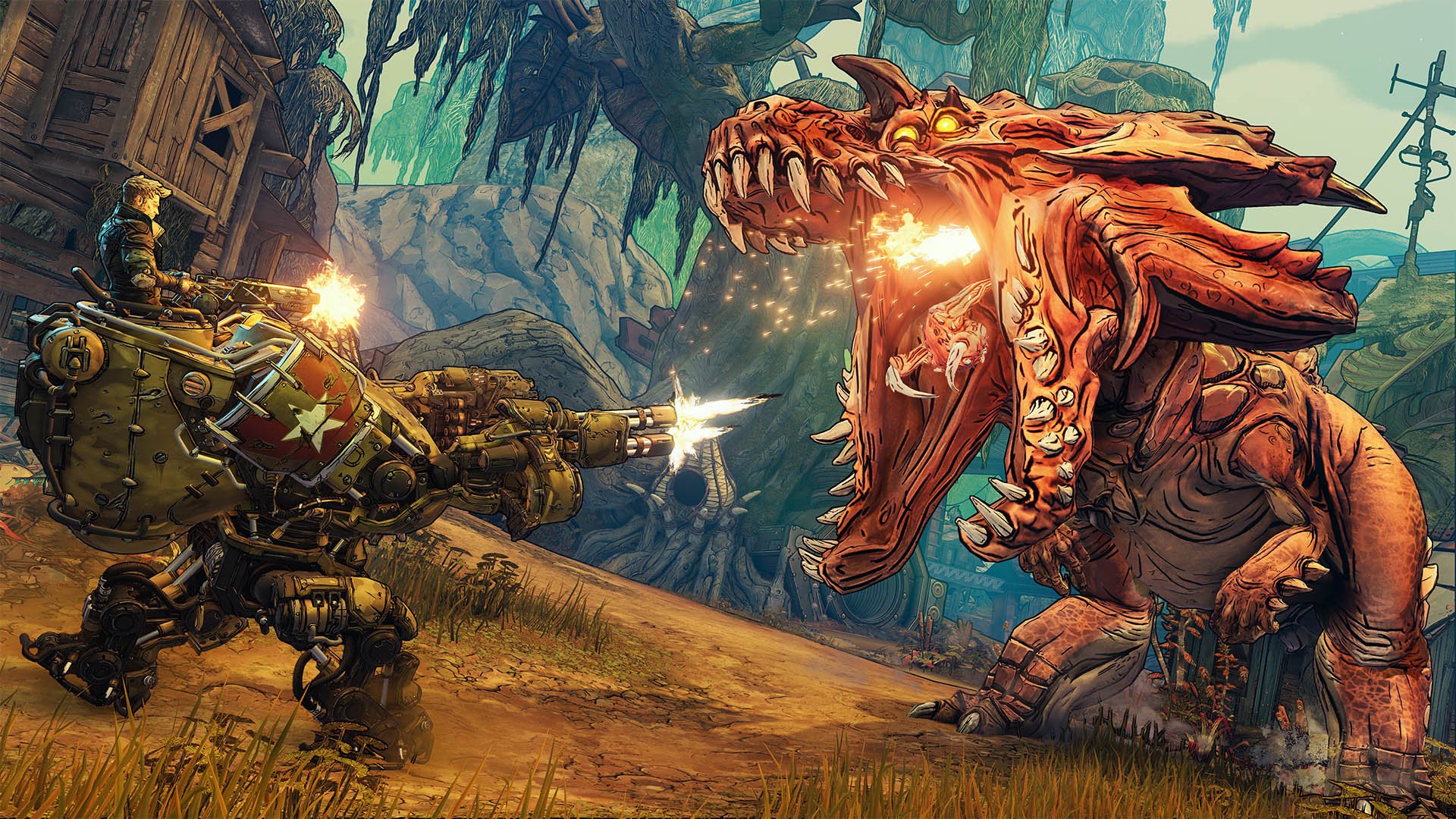 Hope you are having an awesome day. Today, we are here to look at some of the 10 Best Legendary Rocket Launchers in Borderlands 3. The list I am about to share with you is from my experience, however, if you disagree with some of the weapons, please do leave a comment with a reason. However, they are the best of the best in the game.

So, without further ado, Here are the top 10 Best Legendary Launchers in Borderlands 3.

The Freeman is basically a Rocket Launcher which is an interesting one. It’s Manufactured by Atlas and comes in different variations however, it is non-elemental. But there’s one perk where when you health drops below 50%, your rockets deal additional 150% Radiation Damage. Which is pretty cool but whats really great about the Freeman is that when you shoot, the rockets follow your Crosshair. Wherever you point, the rockets will go there until it hits a target. If you are considering this weapon to be Nuker rather than a Mob killer then it’s great. It can deal massive amounts of damage and probably one-shot-kill most Badass enemies.

It can only be dropped from the Warden in The Anvil on Eden-6.

Red Text – “The right man in the wrong place can make all the difference in the world.”

Belongs to the DLC 3, a Rocket launcher manufactured by Atlas again, that has a tracker grenade equipped with it that can be used to home missiles to your target and the rockets will follow that target no matter from which direction you shoot. Might seem a very basic special effect from a Legendary Weapon, however, be mindful that when these Rockets hit, they hit the target hard and soon, you’ll find that mobs are easily clearible with this Rocket Launcher.

The Plumage is a great Boss Killer and I am serious about it because in situations where you constantly have to run away and dodge boss attacks, you can just use your tracker grenade to track your boss, and then shoot him without even aiming at him.

And the irony is that how even the Red Text of the Weapon matches with the weapons special ability – “Quit peacocking around”.

Besides that, The Plumage drops from Kender Bronson in The Blastplains on Gehenna and it is an exclusive weapon for the Bounty of Blood DLC of Borderlands 3.

The Mongol is one of the special weapons in the game which is great for taking up mobs or even a single Badass Enemy. Manufactured by Vladof and dropped from Captain Thunk and Sloth in Konrod’s Hold located on Pandora, the Mongol is a deadly piece of weapon with it’s special effect that when you shoot a rocket, the rocket splits into clusters of mini-missiles and can really deal massive amounts of damage to your targets. Just like any other Borderlands 3 Rocket Launchers, it consumes 2 Ammo Per Shot.

The Nukem is another best legendary rocket launcher in Borderlands 3, which can be also obtained in Borderlands 2. The Nukem prides itself with having increased splash damage. The splash damage is really wide and that’s how it got its name and the weapon does exactly what it’s named after that is “Nukem”. When you shoot, it drops like a nuclear bomb that explodes massively on impact. This means you might also get hurt if you come close to the explosion. Although, the range of Nukem isn’t that great, the damage is massive and you can easily clear mobs or deal massive damage to multiple enemies in one shot.

The Nukem is manufactured by Torgue, and can be found through doing  Moxxi’s Heist of the Handsome Jackpot in the location Loco Chantelle in VIP Tower.

Honestly, I just had to include this on the list because of how deadly the Backburner really is. This rocket launcher causes absolute destruction as far as I know. It’s just crazy how much damage this thing can cause. However, I did not put it on the 1st or 2nd because of course, there are reasons and one reason is because it has a slow fire rate and it’s built to cause massive destruction and damage.

What the Backburner really does is that, when you shoot, it launches an orb like projectiles that moves towards your target, when it hits your target, massive amount of cluster like mini missiles hit your target basically just destroying your target and frying them into pieces. It’s more like, you shoot one orb and that explodes into 10 to 20 grenade explosions, that’s deadly this launcher really is.

You can farm the Backburner from the Agonizer 9000 who is in the located in the Guts of Carnivora on Pandora.

Tunguska is another great legendary weapon in Borderlands 3 that can deal massive amounts of damage to your enemies. Just like many other great Rocket Launchers in Borderlands 3, this one also comes non elemental, however, what it does is pretty underrated.

Using the Tunguska, basically it fires a sticky shot to your enemies that explodes within your enemies body multiple times just destroying your enemies health. It’s a great launcher to nuke bosses and reduce their health. It comes in two modes, one is Impact and the another one is sticky with the sticky mode being the deadliest.

The Tunguska, can be farmed from any suitable loot source, but has a higher chance to drop from Mincemeat, Trufflemunch & Buttmunch located in the Droughts in Pandora

Red Text: “It will Split the Sky in Two”.

The Globetrottr is a COV Rocket Launcher that is another great legendary rocket launcher in Borderlands 3. It basically shoots out saw blades that can cut through almost any enemy and even after damaging your enemy, the blades run around hitting others including you. So, you’ll need to be a bit careful while using this weapon. It’s most renowned for dealing splash damage and clearing mobs and bosses.

TOP BEST WEAPONS IN ARCHERO YOU MUST FIND