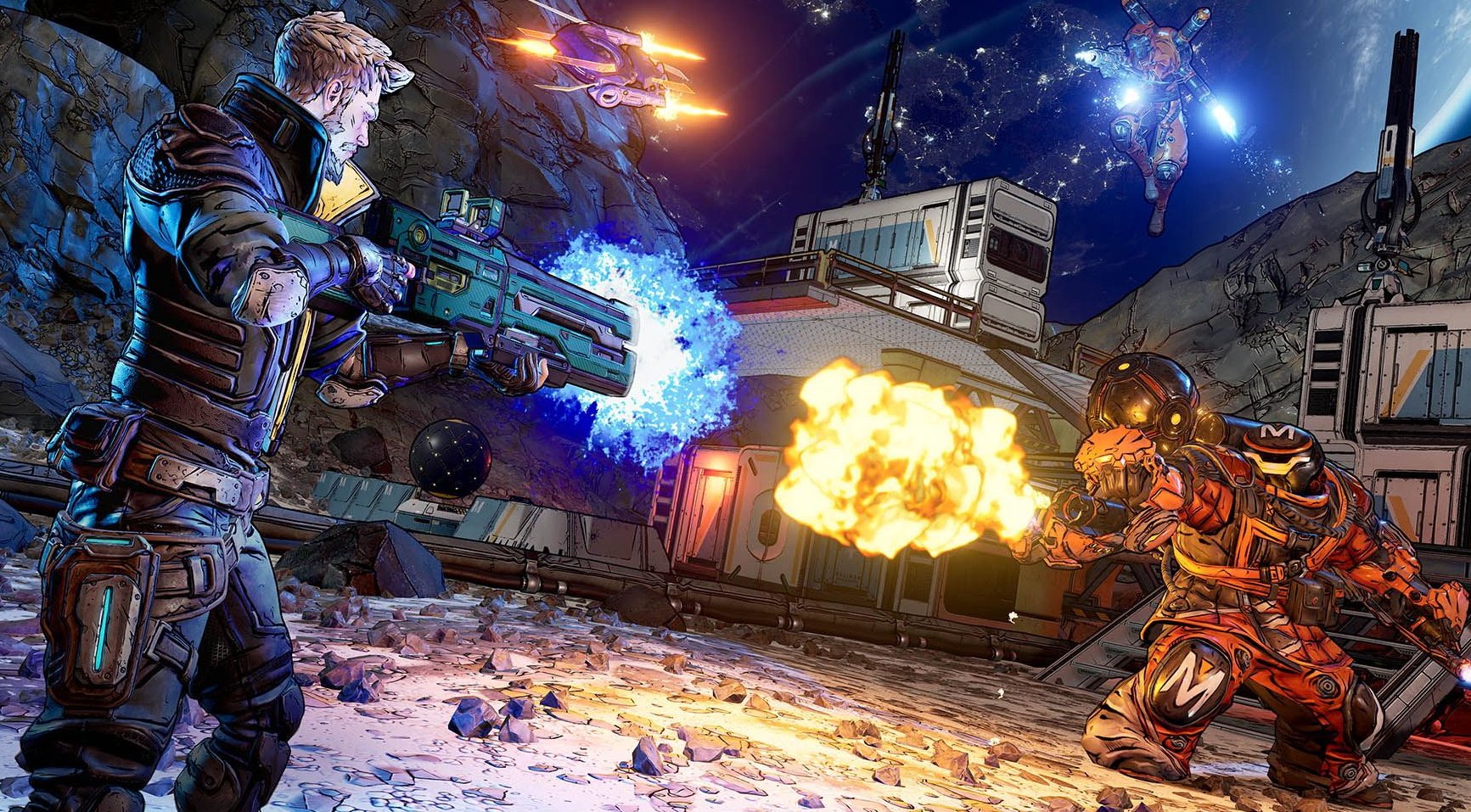 So, In this article, I have compiled a list of some of the best Borderlands 3 Legendary Pistols in the game that you must carry in your arsenal as a backup.

On the 10th position is the Infinity Pistol. This pistol is manufactured by Vladof and can be found randomly on any looting sources but it drops specifically from the boss Troy Calypso.

This weapon shoots bullets in the shape of Infinity symbol which pretty unique and early on in the game, the pistol was really not received well by players but after some buffs and patches made by the developers, the pistol is now very powerful. The pistol basically has unilimited ammo and you don’t have to worry about reloading, which means you can shoot while running, dodging, escaping and just about whenever you want. It does great amount of damage and it does well on most of the characters you use.

Coming up at number 9 is the Sublime Hellshock as the name suggests, it is a weapon with shock damage but you can also switch between fire and shock damage. It is manufactured by Maliwan and what’s unique about this pistol is that it has the ability to Richoet which causes your bullets to bounce between enemies causing multiple damages to enemies and it also makes it easier for you to take down huge mobs of enemies.

It is obtained randomly from any suitable loot source but has an increased chance to drop from Gigamind located in Meridian Metroplex on Promethea.

Devastator is a legendary pistol in Borderlands 3 that is manufactured by Torgue. It is obtained randomly from any suitable loot source.

This gun has an unique feature, where three rockets are spilled each shot. The rockets are shaped in a triangle that erupt when a surface comes in touch. It causes damage to be done over a wider range than normal guns. However, the bullets do have a travel time but despite of that slow firing rate, it does a huge amount of damage. It’s a great weapon against huge mobs of enemies and overall an excellet pistol to keep in your arsenal.

The Companion is a legendary pistol in Borderlands 3 manufactured by Jakobs. It is obtained randomly from any suitable loot source but has an increased chance to drop from Hot Karl located in Devil’s Razor on Pandora.

This badboy is a Jacobs pistol and whats unique about this pistol is that it only appiles the fire damage on critical hits. Quite a dissappointment but hear me out, when you actually use this gun, it can tear enemies apart and no matter who you are facing or what kind of enemey, this pistol will certainly destroy them without mercy. It’s got a decent fire rate but amazing damage and great accuracy and with that, you can trust this guy on your backpack.

The Duc is a legendary pistol in Borderlands 3 manufactured by Jakobs. The Duc is obtained randomly from any suitable loot source. However, It should be noted that several players obtained it in Typhon’s red chest crew challenge. As always, playing in Mayhem 3 mode will improve your chances.

As expected, there are many models of this powerful revolver, the most noticeable difference we’ve found being the existence or lack of a sight, which is very useful because of its long-range precision. This one hits sticky rounds on enemies that do pretty big damage, and the split shots of Jakobs crits ensure you can cover the whole room with some targeted shots in stick bombs. The pistol itself is named after one of the Borderlands 3 developers and the Red text is what he normally says all the time at work. Another great thing about this pistol is that the bullets, yes they do massive damage through explosions and again the bullets richoet with 2 bullets across other enemies causing even more damage and better control over mobs.

The biggest boss destroying weapon in the game, this set of Jakobs revolvers basically do the same thing, send tons of elemental rounds on crits screaming at an opponent, and the thing just eats through bosses. These just fell from the game’s final boss, but I found them relatively easy to farm with only a few kills each. I still don’t know if the difference between them but both are crazy pistols to have in your backpack.

The special effect of this weapon is that the critical hits actually refill your ammo at the same time, 3 bullets ricohet across nearest enemies making it a mob killer and damage machine.

It is obtained randomly from any suitable loot source but has an increased chance to drop from Tyreen the Destroyer located in Destroyer’s Rift on Pandora.

Maggie is a legendary pistol in Borderlands 3 manufactured by Jakobs. It is obtained randomly from any suitable loot source but has an increased chance to drop from Tremendous Rex located in Cistern of Slaughter on Promethea.

This is Jakobs Pistol’s hardest hitting weapon, which does doing pure damage. The Maggie shoots 6 bullets per shot and has a fast reloading rate. If you measure the damage performance, this Masher-style weapon can out-perform most revolvers, but it will do so at the expense of its accuracy. The Maggie’s perfect for battling close to mid-range battles. It is considered to be one of the best pistols in the game and most pro players always keep one in their arsenal.

No doubt, it is the best pistol, Gearbox even buffed the Maggie and now it deals massive damage, great for clearing mobs and overall the best pistol in Borderlands 3.

Hope you guys enjoyed reading this article, please do let me know in the comments below if there are any other weapons that you might have thought have better stats and outperforms the weapons listed in this article. Till then, don’t forget to share this article with your friends, Stay Safe, Stay at home.

If you want to check out more articles from Borderlands 3, check them out below.