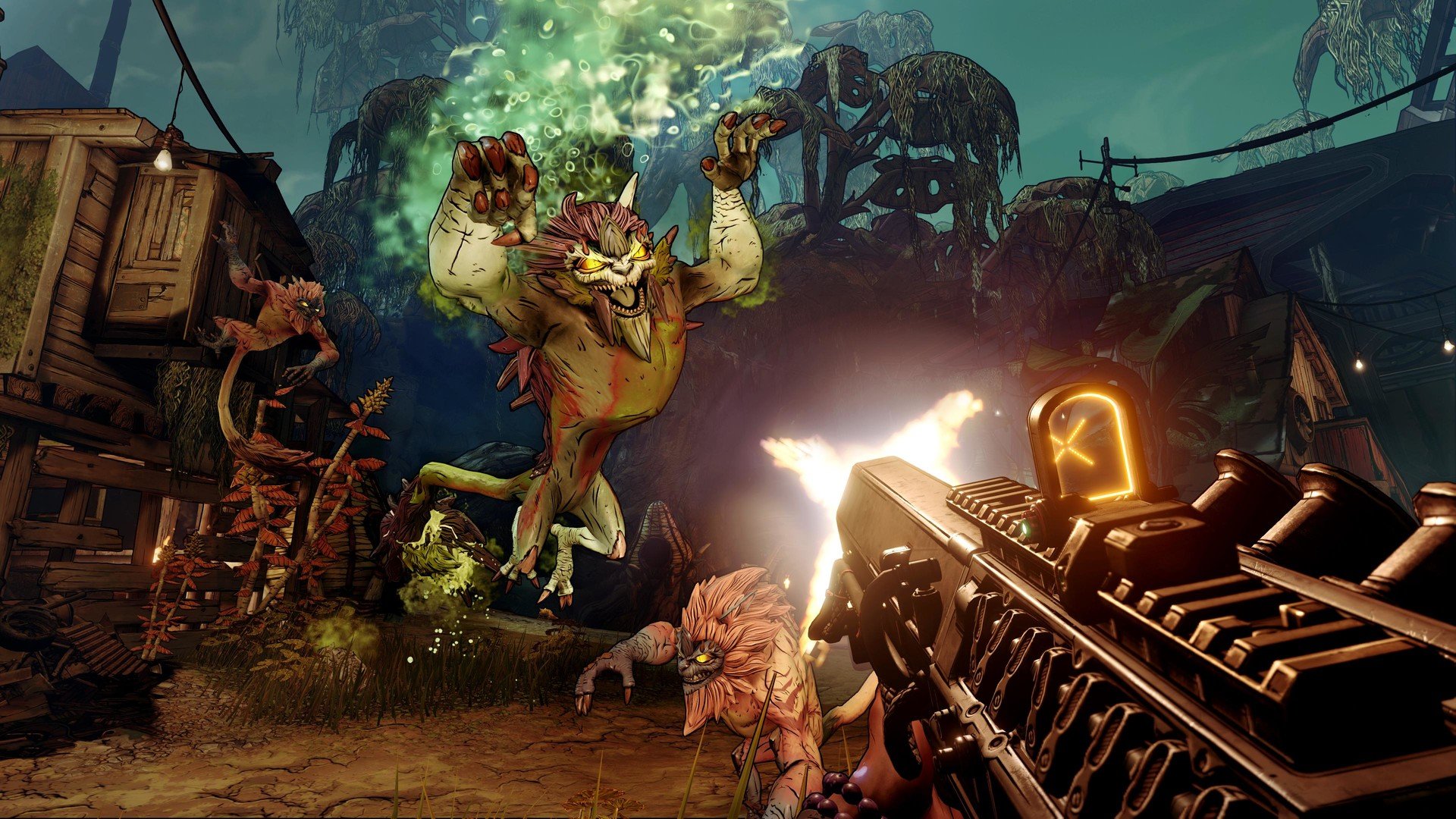 Borderlands 3 includes several legendary weapons. They all have their own distinctive, unique mechanics. Some perform better than others though. I’ll tell you which legendary items should be in your backpack in this Borderlands 3 guide. So start farming for those things, Vault Hunter.

The Brainstormer has always got the element of shock. It fires 7 projectiles in the form of a lightning bolt. The Brainstormer is perfect for shield mobbing and stripping. It is due to its legendary effect because it can produce a chain of lightning shock between enemies that are close to each other. This makes it easier to take down mobs and of course, do a huge amount of damage.

The Brainstormer can be randomly obtained from any source of loot but it has a high chance of falling from Katagawa Ball, which is located on Promethea in Skywell-27.

The Lyuda is one of the strongest weapons in the game. — bullet is divided into three projects with a lot of damage, but the separation occurs after a short trip through the projecttile. The Lyuda is therefore better used for medium combat. Lyuda is available from any loot source and is a free reward for completing all Zero’s Chance missions.

Nevertheless, there is a high chance of dropping from the boss Tremendous Rex who will spawn in the Cistern of Slughter.

The Recursion has a moderate fire rate and feels much slower than the fire rate mentioned in its stats because Maliwan wepons have charge up times. This ensures that Recursion makes a good amount of damage, firing close projectiles, making it very accurate for being a shotgun. The bullets will even fly forward or bounce off the surface from one opponent to another. This is perfect for clearing the crowds.

The Recursion may be obtained from any loot source but is likely to fall from General Traunt on the Desolation’s  Edge on the Nekrotafeyo.

The Dictator uses a fixed bipod and fire three bullet shots horizontally in line. This alternative fire mode raises the number of projectiles from 3 to 7. But the bounce, shake, and accuracy at the expense of the travel pace is also improved. Although you can do far more damage, you do become an easy target for yourself. The dictator is a good weapon against bosses.

The Dictator can be collected randomly from all loot sources, but it is very likely to drop from the Agonizer 9000 & Terror in the  Guts of Carnivora in Pandora.

The Cutsman fires a bullet, which after a small period splits into two orbs. These orbs are linked to each other as an energy beam that binds them. The weapon has a bit of a charge and the bullets travel very slowly, so it balances that with the projectile’s width. But after that, it does some serious amount of damage and can easily take down mobs in secs.

The Cutsman can be obtained from any looting source but is likely to fall from the Borman Nates, who is based on Promethea in the Merdian outskirts.

The Maggie is the Jakobs most powerful pistol, which deals with pure damage. The Maggie shoots 6 bullets a shot and has a fast reload pace. If you evaluate the damage output of this masher pistol, the damage outperforms most pistols, at the expense of its accuracy. The Maggie is perfect for near-mid-range combat.

The Maggie may be received from any loot, although it is most likely to fall from Tremendous Rex in the  Cistern of Slaughter.

The ION CANNON is a beast and it wipes away everything you fire at. This weapon shoots fast-moving projectiles after a quick charge up and deals massive damage. When you remember the Halo series Spartan Laser, you understand what an eruption this device can be.

The ION CANNON can be obtained from Moxxi’s Heist of the Handsome Jackpot. It is also most likely to fall from the Fabricator MK II located at Jack’s Secret.

The Lob fires slow orbs that can pass through opponents in slow motion. Such balls harm neighboring enemies and slowly tick their health.  This weapon was very badly received during the first six months of the game’s development span. Gearbox Software however buffed the Lob with a hotfix since February 27, 2020. Now it’s one of the strongest weapons in the game and even better than the Cutsman.

The weapon may be received randomly from every loot source, although it is most likely to fall from the Graveward, which sits in the floating tomb on Eden-6.

May we only take a little time to appreciate the badassness of this iconic weapon. Crafted by Maliwan, the Mind Killer is a futuristic death tool. The Mind-Killer is one of the most sleek killing machine.

The Mind-Killer delivers a 20% buff to charge a weapon charge speed which ensures you won’t have to wait for some potent energy shot to shoot until you inject it into a enemy for a (hopefully) one-hit killer.

Weapons with legs in Borderlands 3 are not rare sight, but weapons with four legs and a brain? That is crazy.  When the thrown to reload, the dumped Smart-gun XXL is a running spider turret that fires rounds off to enemies until it’s off ammo. It always looks like a hand-held Cthulhu with blood spilled on his eyeballs. So it’s cool! He’s got a fair opportunity to handle the corrosive harm with each shot too.

These were some of the best Legendary weapons in Borderlands 3. If you think, I’ve missed other weapons, do let me know in the comments below and your opinions about which weapons are even better.

Hope you enjoyed reading this article. Do share it with your gamer buddies and Stay Safe. Stay at home!.

Top 10 Best Call Of Duty Players In the World