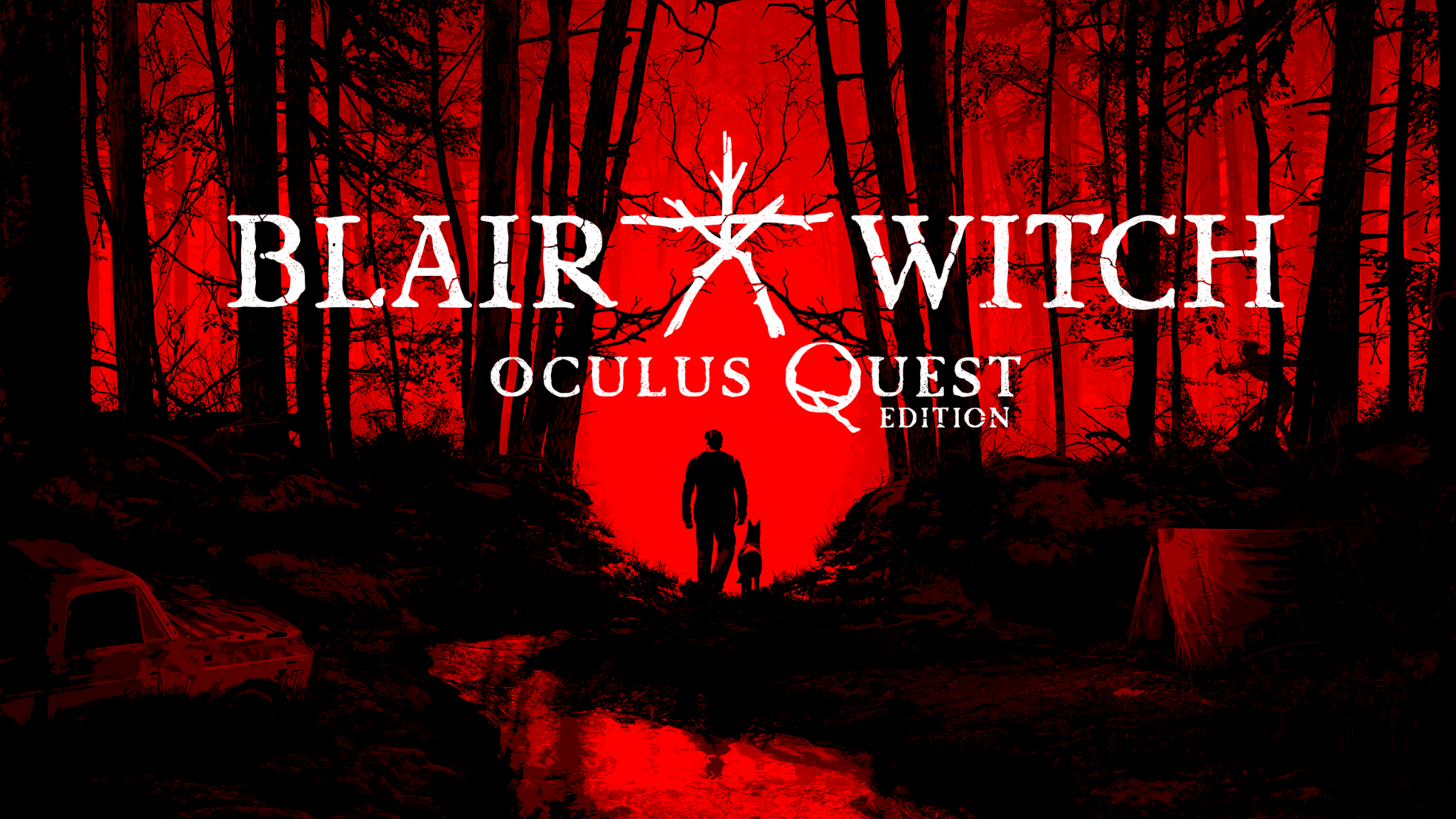 Blair Witch is a horror game strongly focused on a psychological theme developed by Bloober Team and published by Lionsgate games. Despite having been released in August 2019 for Windows, the game was quickly ported to PlayStation 4 at the end of that year, then to the Nintendo Switch in June 2020 and this October, to Oculus Quest 1 and 2, being Oculus the version we will talk about in this review.

The Polish developer based in Krakow has vast experience with horror games. Among their creations are the acclaimed titles Layers of Fear 1 and 2, Observer, and their most recent work, The Medium. On the side of Lionsgate, this is not the first horror game with VR that they publish, with a previous incursion in Five Nights at Freddy’s VR: Help Wanted.

Two years after the events that led to The Blair Witch Project (1999 horror film) in 1994, we put ourselves in the boots of Ellis Lynch, a former cop and war veteran. Together with Bullet, his pet dog, they go into the Black Hills Forest in Maryland to look for a boy named Peter Shannon, whose disappearance in that area is still a complete mystery. Thus, after communication with his ex-girlfriend Jess, Ellis begins the search with his partner in a journey that will be not only in a forest but in his mind.

This entry is not the typical game packed with jumpscares or frights only based on volume, something that costs it a lot of criticism from many users who are used to that style of horror. As I mentioned before, Blair Witch is a psychological survival horror game, so the scares are either environmental or induced by the player’s paranoid state. Moreover, just like the protagonists of big games like Silent Hill 2 or Layers of Fear, the former cop has several traumas and a past to overcome. Therefore, the adventure soon becomes an introspective journey in which one can never be sure if the events are happening inside or outside of Ellis’ head.

Adapted to the Oculus Quest, the story of the title remains the same, but with several changes that will be noticed as soon as the protagonists begin their journey. First of all, the puzzles leave the game almost completely, so the adventure received some criticism for being much easier or linear than its predecessor in console or PC. Anyway, there is still an inventory and you can interact with the items with your own hands thanks to the use of the Oculus. Also, this port keeps one of the most important characteristics that distinguish the game: the relationship of the protagonist with his pet. So, the use of the virtual reality device shines in the interactions with Bullet, with many more options to caress him or play with him in a much more immersive way than with a mouse or a controller.

The keys to Blair Witch’s success

It is time to highlight the two strongest points of the Blair Witch in the Oculus Quest: Image and Sound.

Needless to say, a horror game gets much more realistic when experienced in virtual reality, but Blair Witch developers take this experience much further. First of all, by omitting the puzzles we experience an environment much more inclined to exploration, which is where the game shines. Being stuck in a forest makes the shadow play much more intense and realism takes a more terrifying toll. Ellis’ flashlight plays a key role in this. Being used to using it in many other games, the user instinctively knows that this source of light is essential for his survival, and in fact it is. What he doesn’t know, is that the developers placed the trees and forest elements in such a way that the flashlight illuminates just enough, causing him to want to light up everywhere and increasing the feeling of paranoia even more. In addition, the shadows generated by the lighting and the absolute darkness outside of the tool’s range will cause many scares in situations where there really are none, so the flashlight betrays the player and makes him his worst enemy.

However, as in any audiovisual medium that tries to transmit terror, the sound is possibly the most important element in the game. Normally one links sound design and horror in terms of jump scares or loud screams, but the audio in Blair Witch Oculus Quest goes much further than that. For this new audio-visual medium, the developers made a special emphasis on perfecting the sound system, and this decision paid off with great results. The misleading sound effects cause absolute discomfort in the adventure. Translating this into the headphones gives the player a feeling that there is someone behind him, constantly forcing him to turn around. Besides, the ambient sound is camouflaged with silence or the sound of the wind, but in reality, it is a catalyst for continuous oppression made to remove any type of security or comfort from the user.

In conclusion, Blair Witch Oculus Quest is a title that all horror fans should try. Although some consider it an easier version of the original release, this is done deliberately since the entry should not be thought of as a challenge, but as an experience. Therefore, those who have played Blair Witch without Oculus before should re-enter this world, as the sensations caused by both playthroughs are totally different. On the other hand, those who enter this dark world for the first time will find themselves on an oppressive, malicious, and introspective journey that will not only leave them as confused as the main character but will also take away their sleep.