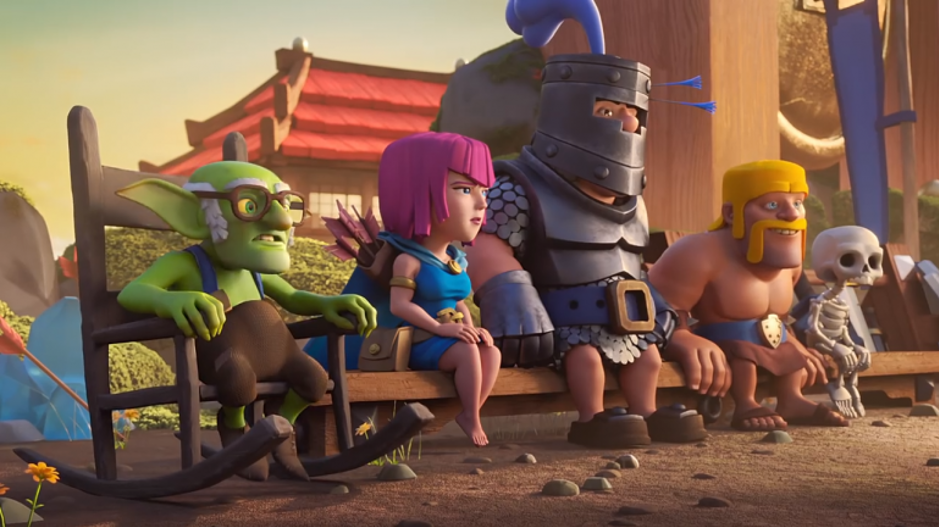 “Don’t let the little pony fool you. Once the Prince gets a running start, you WILL be trampled. Deals double damage once he gets charging.”

A strong character in the epic game of Clash Royale by Super Cell which is the Prince. He is a affordable card with an elixir cost of just 5 and his ultimate move which is the charge makes him strong dealing huge damage to towers and one hit killing enemy troops. His weakness is fighting large troops in huge numbers. A gang of skeletons or goblins can easily distract or kill him. Sometimes, it does get frustrating when the first epic card that you get from playing Clash Royale is also quite weak.

Then comes the Dark Prince who is another epic hero of Clash Royale. His ultimate strength comes not from his shield which is an added advantage but of his weapon. So, since the Prince uses a normal sword that can only hit one enemy at a time, the Dark Prince on the other hand uses his mace to hit several enemies just like splash damage. With an elixir cost of just 4 and an added charge damage, the Dark Prince can be a real mess to deal with. Unfortunately, the Dark Prince is rather easy to kill with a strong troop like Pekka or even Wizards. It can’t counter troops which have huge health.

However, both are awesome heroes to play with and you may not unlock the Dark Prince right from the beginning but as you keep playing, you will surely unlock the epic troop much sooner.

Here comes the story of the Prince and Dark Prince and how they came into existence in the game Clash Royale. Enjoy!

Around 400 years ago in the universe of Clash Royale, there were two small kids who were left in the Royale Arena with the King by the two unknown men. It’s not yet known as to who those two people were but they had given the King, two children who were twins. The King seeing their innocent smiles happily accepted them into the Clash Royale Empire.

The two kids ate together, played together and early on in their life, they lived together. They trained together and during their early fights, they were gifted with the ability to strike targets with accuracy. The King felt amazed seeing them train together with such talent. He felt pity for those two kids who were left there in the Clash Royale universe with no parents. The chief declared that from today, those two kids are going to be a part of the Arena and will train in the arena. The two kids were so happy playing and training together and they would dream of becoming a Clash Royale hero one day. They were brothers and twins and would never leave each other. They would do the same training using the same methods every day. The chief seeing this got surprised as both were unique but would do the same training. If they ever became apart, they would cry out loud searching for one another and they both always wanted to do the training together and always insisted the chief keep them together.

As they grew up together, the chief got worried that they both may not be able to find their unique abilities and unlock them. So, the chief decided to give them their ultimate reward of a horse that could charge up in speed and damage the enemy and a sword. The two young princes did not accept the swords as they said that they don’t like using swords. The chief accepted their denial of reward and told them to find their own unique weapon which they are comfortable using.

One day when the two princes were roaming around the woods to hunt for animals, they found a long metal iron weapon. It looked like a sword but it wasn’t quite a sword but was very strong, strong enough to break anything. The Prince fascinated by this picked it up and went back to chief and showed it to him. The chief at first did not allow him to use this weapon as it was not seen by anyone. Finally, the Prince insisted upon using this weapon and the chief told him that he would only allow him to use that weapon if he could handle it well. The Prince accepting the chief’s challenge decided then on to learn how to use that weapon.

While in the woods, he encountered a gang of goblins and skeletons who attacked him and mocked him. The Dark Prince raged by them started chasing them with his horse, the goblins ran away throwing spears at him which injured the Prince on his face. Disappointed by this event, as he was walking further in into the woods, he stumbled upon a cave which was glowing with purple colors and bring blue neon lights. Full of bats and minions, as he went deeper into the cave, he found a dead bodies of barbarians and dead hogs. He found a old dead skeleton of a warrior, beside it was his shield and a mace. Fascinated by the unique appearance of the weapon, he took the shield and the mace and brought it back to the chief.

The chief them gave him the same challenge which the Prince got and both the brother decided to train hard for the next few weeks. The season of Battle royale was going to start in the next month and both worked hard on their training.

Soon they both realized that they had unique weapons and abilities. Although they had gone through the same training early on, with their new weapons, their body and physical abilities changed to adapt the new armory and weapons. The Prince gained extra strenght and health because of his heavy weapon. The Dark Prince got a huge advantage with his new weapon and shield.

Finally the season one of the Clash Royale starts and chief is ready to see how they perform in the Royale Arena. As the fights starts, both the troops performed amazingly in the arena. They Brought in 3 starts after 3 stars and finally convinced the chief to allow them to use the weapon. The chief not only allowed them to use their weapon but gave them a title in the Clash Royale Arena as an Epic Troop. \

Both brothers got an Epic Signature on their name and became hugely popular. So much so that the Prince became the first troop who was to be introduced to the audience as a welcome affair. The Dark Prince on the other hand did not like much popularity and he decided to always wear a mask to hide his identity.

Over the course of several years, both troops have improved their abilities and are loved by all.

This was the unique story of the Prince and Dark Prince. Hope you guys enjoyed it.

Next Story is the story of Bandit.