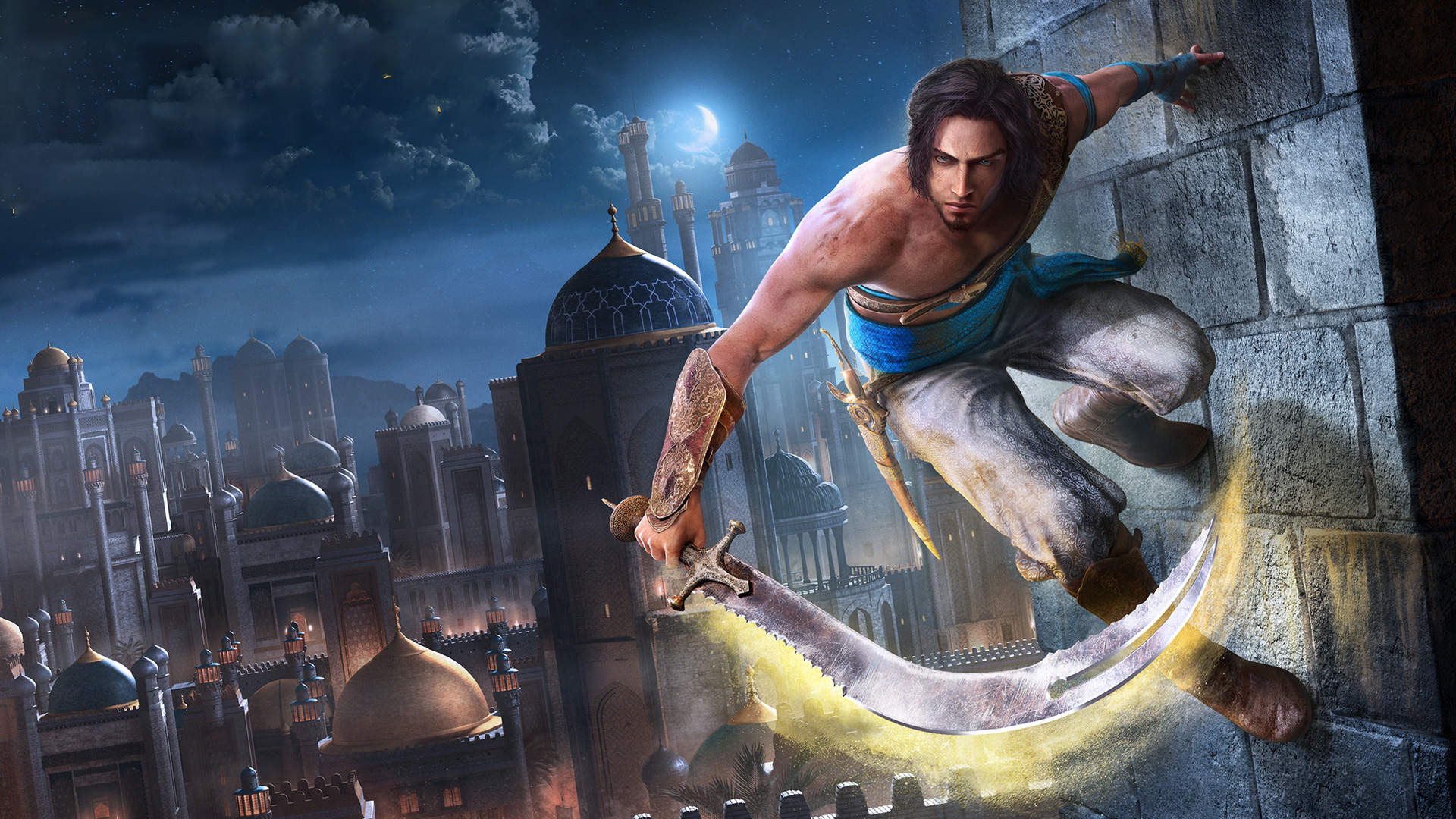 However, I think there is no other which has an amazing storyline like the Prince of Persia.

Not even Assassin’s Creed that can beat the mind boggling story of Prince of Persia. It has such a story that takes you into a journey of sands, time and timeline events. At one point, you are in the past, seeing your own future self turn into a demon. And next, you are in the future, trying to change your fate by killing your past self to revive your present.

Prince of Persia Sands of Time

The story starts in the year 9 AD in the region called Persia, presently known as Iran. The Prince starts the story by narrating a story explaining about the how the Sands of Time came into existence to someone whom we do not know yet.

King Sharaman, who is the father of the Prince, his army who was going to Aazad from India, on their way, they found the Vizier who told the King about the valuable treasures that were hidden in the palace.

The army quickly enters the palace, along with Prince of Persia. Inside, the palace, the Prince finds a Dagger.

This is the scene when we are first introduced to the “Dagger of Time” in the game.

The Dagger is known as the Dagger of Time and it has the power to reverse time. The Prince however, doesn’t know yet about the powers of the dagger. He finds a button on the dagger and presses it. Suddenly, a huge block of rock falls from the top and which was about to hit the Prince, but since the Prince, used the dagger, time reverts back into few seconds and the Prince is saved from the accident.

In a mean while, King Sharaman, and his army troops with Vizier reach the treasure where they find an hour glass filled with sand. He thinks of taking the hourglass and the daughter of the palace “Farah” to give to the Sultan of Aazad.

Suddenly, massive smokes of sands start to get released from the Sands of Time Hourglass, and whoever touches the sands start to turn into sand demons. Everyone starts running away from the palace however, the whole city is now affected by the sands.

Only three people are saved from turning into a monster, one is the Prince of Persia who is saved as he is holding the Dagger of time.

Next one is Farah who is protected from the sands by wearing a sands medallion.

Vizier is protected from the sands because of his magical staff.

Next Vizier tries to steal the Dagger of time from the prince however, the Prince runs aways and escapes into another part of the palace with Farah.

Next, Farah tells the Prince that what he has done was a big mistake as he unlocking the sands can now affect the whole world if he doesn’t stop this.

They both reach the top of the palace and find the Hourglass. Farah tells the Prince to insert the dagger into the hourglass.

However, the Prince doubts the Princess or Farah as his father took over her father’s palace and destroyed everything and stole the treasures. He question why would she help the Prince save the Sands of Time.

Suddenly, Vizier appears and interferes with them, he attacks the Prince by creating a massive sandstorm upon which the Prince looses the dagger.

However, the Prince at the right time, steals the dagger from the Vizier and falls into the pits of the palace.

They both fall into the underground pit of the palace. Here Farah tells a magical word to the Prince that upon which spoken saves the person in the hardest of time.

The word that Farah tells the Prince is “Kakolukia”.

Upon telling that word to the Prince, she takes the prince to a secret path way of the palace. Here Farah deceives the Prince by stealing the dagger and she thinks of sealing the Hourglass of sands by herself. However, she leaves her sand medallion with him.

Farah then encounters a sand monster which she struggles fighting with. The fight intensifies and Farah nearly drops from the edge of the cliff of the palace while the monster is still trying to put her down.

Upon finding that the Prince’s dagger is no longer with him, he returns to Farah only to find out that she is about fall from a cliff. He reaches there at the right time, and when Farah is about to fall, he catches Farah by holding the dagger’s sharp edge which Farah is also holding.

His hands start to bleed and when Farah sees this, she leaves the hold on the Dagger and she falls from the cliff. The Prince tries to revert back the time but there are no sands absorbed by the Dagger.

The Prince gets angry and frustrated and goes to the hourglass room and takes Farah with him. He then meets Vizier and immediately knocks Vizier down upon seeing him and expresses his anger.

The Vizier who wants the dagger of time as that Dagger has the capability to make him immortal.

Prince quickly runs on top of the hourglass and he does what Farah wised him to do that is to seal the Sands of Time by inserting the dagger into the hourglass.

The Prince stabs the hourglass and due to which, time goes way back to the point where his father was planning to attack the Palace.

However, this time, the Prince who is in the past has the Dagger of time with him and is fully aware of his memories. He then quickly runs towards the palace to inform Farah about the Vizier who is going to steal the Hourglass and release the Sands of Time using the Dagger.

However, Farah due to time travel doesn’t recognise the Prince. The Prince shows the dagger of time to Farah and she gets shocked.

From here we find that the Prince who is telling a story and a tale is actually telling it to Farah in the past. While telling the story, Vizier appears before them and somehow, Vizier actually knows what has happened. It could be due to his magical powers and his staff as he is a wizard.

However, the Prince defeats the Vizier and hands over the Dagger of Time to Farah.

But Farah gets confused about whatever story the Prince is narrating and it Boggles her mind.

Before bidding goodbye to Farah, the Prince says the secret word that Farah had told her which is “Kakolukia”. He teases the Princess with a witty smile and then leaves without leaving any trace of himself.

Upon hearing this, Farah gets surprised and extremely shocked. As that is the word which only Farah knows.

This was the ending of the series, Prince of Persia Sands of Time.

Continue of the story in the next part.

Prince of Persia – The Forgotten Sands