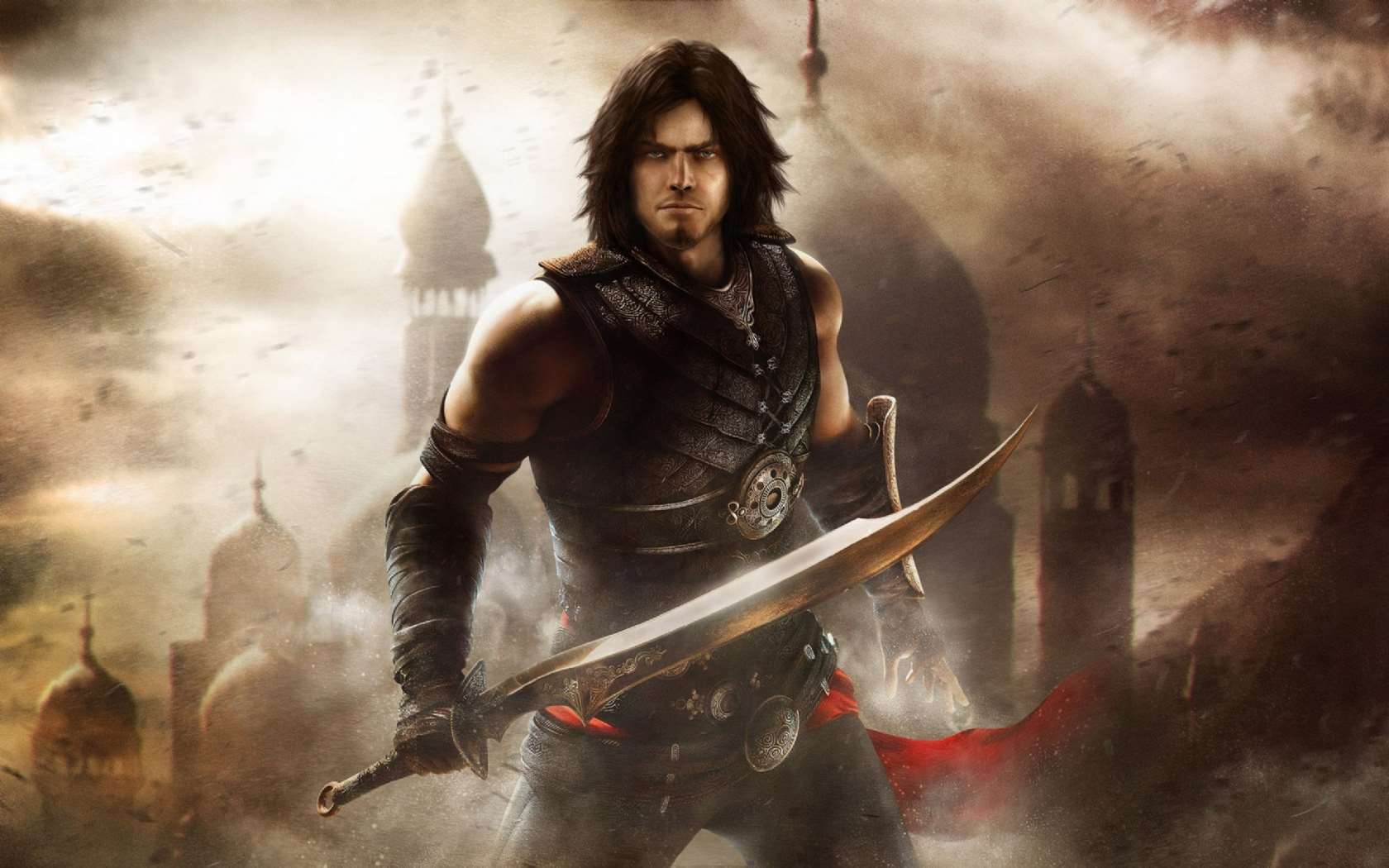 Prince of Persia The Forgotten Sands was definitely not up to our expectations. Although, the movie was great, the game unfortunately slapped us. The could have been 100 times better and in fact, it’s direct rival Assassins Creed was much better in graphics, gameplay and storyline.

However, the story of the Forgotten sands isn’t that bad. Its not amazing but it does follow up with the core Prince of Persia Storyline and moreover Introduces a new character, Malik who is the big brother of the Prince.

The story starts with Prince of Persia returning to his brother’s kingdom after a few months from defeating the Vizier and reviving the Dagger of Time.

He is send back to the kingdom so that he too can learn to become a great leader and commander like his brother. However, when he returns back, he finds out that there is a huge war going on in the kingdom.

Malik takes him to a secret hideout where he all the kingdoms treasures are stored. He explains to the Prince that he is actually loosing the war and it is getting very difficult to fight with the army.

Malik then talks about a Magic Seal that is kept hidden in the secret treasure part of the palace. He then explains to the Prince that this seal has the power to destroy the enemy army. This is his last hope for the future and his last chance. He arrives at a situation of do or die.

However, Prince questions Malik that if he opened the seal, will it be able to destroy the army. Because of the fact that Malik himself doesn’t know much about the seal and what lies beneath it. He just knows that there is a powerful army within it that can destroy anyone.

Malik then progresses towards unlocking the seal. As he puts the Key into the magical seal, it starts to turn around in circles. Suddenly, the Key breaks into two pieces and the Prince takes the one half and Malik takes the other half.

Glowing sands start to pour from the treasure hideout and he immediately recognises the sands and the fact that the seal is made From the powers of Sands of Time.

The Sand monsters that the seal unlocked were very different and deadly. They were unlike what Malik expected. They both however were protected from these sand monsters as they hold the key of the seal.

Prince then gets separated from Malik due to the incident. He then goes on a quest to find Malik and in that time, through a magical portal, he finds Razia, who is a supernatural being from the portal of the next world. She then explains to the Prince that the Army which Malik just released was one of his most devastating and deadly move made by Malik.

Because according to what she says, the Army was actually created by someone to destroy Malik itself. However, the army was sealed in the Magical Seal which Malik now released and now the Sand Monsters are after Malik.

She says that the only way to stop this and seal back the army again is the unite both the Keys, one which Malik has and one which the Prince has. Razia then gives some magical powers to the Prince and helps he in his quest to find Malik and unite the keys to the seal.

Now Prince after some search finds Malik however, Malik still doesn’t know the truth. This time Malik has changed and he is enjoying the fact that he is able to destroy the sand monsters and he is getting more and more powerful by killing them. However, since Malik is getting too powerful, he is not able to handle the power given by the sands.

The Prince then goes to Razia and asks for some advice. She then tells the Prince to take the key from Malik, no matter what the cost.

The Prince then goes to Malik and tries to steal the Key, however, Malik has become too powerful and he denies to give the key to the Prince. He then tells the Prince to go back to his Kingdom.

The Prince joins the fight and helps Malik defeat Ratash. They both successfully defeat Ratash. Malik who has become too greedy for more powerful goes directly towards the defeated Ratash and tries to absorb his power.

However, the energy and power of Ratash is too strong for Malik to handle due to which, a protective part of the Key breaks in his body and that enables Ratash to possess the body of Malik. This reincarnates Ratash again in the body of Malik.

The Prince then meets Ratash again and tells her everything that has happened. Now she tells the Prince that the only way to defeat the sand army is to kill the 2nd Form of Ratash as Malik is now taken over by Ratash.

Razia then tells the Prince to find the Djinn’s Sword which is the only sword that has the power to defeat Ratash. On the way, the Prince meets Malik again who is now completely taken over by Ratash and changes his form into Ratash.

As the Prince goes towards Ratash, he finds out that Ratash has become extremely powerful and his size has increased and become gigantic. The Prince however, after a lot of struggle and fighting with Ratash stabs Ratash with the Djinn’s sword on his body seal. Which completely breaks down Ratash and successfully defeats Ratash.

By defeating Ratash, all the people who were affected by the sands are now free. The Prince then finds the dead body of Malik. Malik however, is not dead yet but is heavily affected by the damaged caused by Ratash’s possession over his body.

Then Malik dies and the Prince returns the Djinn’s Sword to the city of Djinn. He then goes back to his Kingdom, Persia.

Seven Years passes by and the next part is

Prince of Persia: The Warrior Within.

Pewdiepie net worth and biography