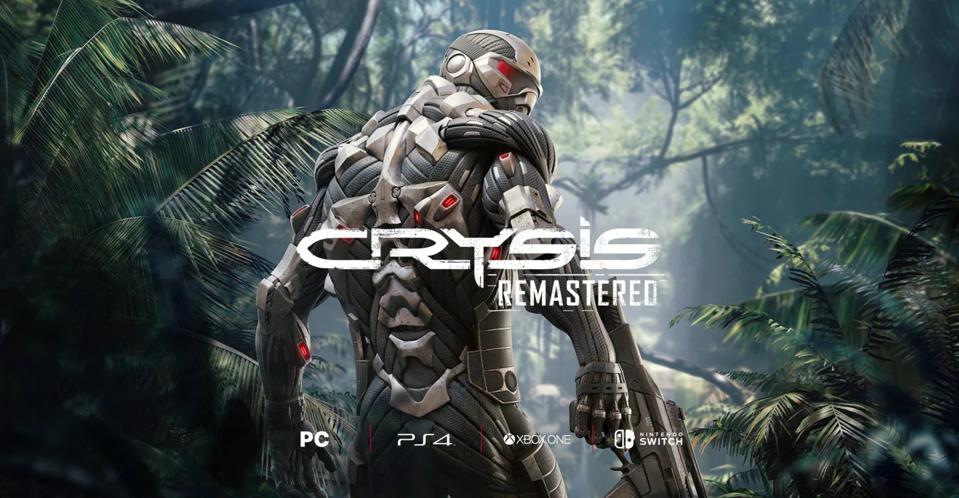 The first Crysis is the most beautiful bane of all PC players from years ago. In 2007, the production was something amazing – both in terms of gameplay, graphics, and hardware requirements. Hardly anyone could afford to fire up a new IP Crytec at home. Back then it was unthinkable that we would ever have the opportunity to play this futuristic FPS on the handheld … And yet.

When people started the game for the first time with great excitement. Especially for those who were quite a fan of the series, and two that the vision of the pocket Crysis made my body shiver. With time, however, the excitement decreased more and more, and the next launch of the game on the console did not cause such a wide smile on my face, although one still did not have a bad time.

The remaster on the Switch is based not on the PC version, but the theoretically worse one, i.e. from PlayStation 3 and Xbox 360. Consequently, the Switch also does not experience the Ascencion mission, played in the air, in a jet plane. However, is this a disadvantage? One can predict, we only draw less blood during the game.

How is Crytek’s baby doing on the battlefield?

After a few hours of gameplay, unfortunately the spell breaks quickly. The game on the Switch is supposed to keep 30 frames per second. Often, however, to maintain this result, the resolution drops, which is incredibly noticeable. Users have received half a magazine of shells many times and if it weren’t for the mini-map, one wouldn’t have known which side they came from. Opponents simply mix with the background in the usual locations, and when fighting in the bushes, the decreasing resolution of enemies is more effective than the camouflage mode in the main character’s suit. Extremely annoying.

In addition to the resolution, the FPS are also declining. The promised 30 frames per second is most of the time, but when you fight more fiercely with more enemies, destroying elements of the environment or when driving a car, the animations lose a lot of fluidity. The visual side also disappointed me, because Crysis Remastered for Nintendo Switch is the ugliest Crysis you will play. The graphics look like a production straight from PlayStation 2 and although it has its moments, the landscapes are mostly angular and the textures are blurry.

Crysis Remastered 30 fps is to keep constantly, both in portable mode and in TV mode. Unfortunately, when playing on a tram, the resolution from the default of 900p will drop even to 540p. It is playable, but not a comfortable experience at all. The situation does not look so tragic for owners of the regular Switch version, thanks to which we can seamlessly play on a large TV screen and see anything. Owners of the Lite version, a console without the possibility of connecting to a TV and with a smaller screen, will not be too satisfied, however.

Handheld gameplay has another drawback. It’s hard to say whether it’s more the Joy-Con’s or the control’s fault, but after an hour of gameplay, the hands get extremely tired and just start to hurt. The most comfortable game is to play in TV mode on the Pro Controller, but again, this is by no means an option for Lite owners, and even with an ordinary Switch, this controller is only an addition.

Crysis Remastered is a lot of fun after all… well, is it really so much?

The refreshed version of the first Crysis features only a single player campaign. We will not experience either multiplayer or DLC mode. It’s a pity, because the campaign is fun for about 12 hours, and in the game, despite the “half” open world, apart from quests, there is nothing to do. However, this can be forgiven, because the price for the premiere is lower than the assumed PLN 250.

900p is the resolution that can be achieved with Crysis Remastered in desktop mode , but we will see lower quality textures much more often (up to 720p). What if we decide to disconnect the console from the TV or monitor and take the new version of the Crysis in our pocket? It’s a bit worse here, because at times – wanting to stay at 30 frames per second – the image is very blurry. 540p is the lowest possible quality that is still playable, but you have to bear in mind that this is not comfortable.

Joy-con controls are also far from ideal. So we can pack the Crysis into a backpack and launch it on the go, but using these devices we will not get the same precision when aiming at enemies as on the Pro Controller. Of course, this clashes with the idea of ​​the Switch itself, which many people have bought (apart from the possibility to play games exclusively, of course) in order to be able to launch their favorite productions also outside the home without a Pro Controller. So what if it is possible, if after an hour of playing with Crysis Remastered on joy-cones, your hands hurt and you don’t feel like playing?

Crysis Remastered is a single player campaign only. We will not find a multiplayer mode here. There is also no official, quite successful expansion called Crysis Warhead. This means that the game provides about ten hours of gameplay, and it’s hard to find a reason to restart it. Therefore, the price does not correspond to the content. Especially since we are talking about a refreshed version of the 13-year-old game.

Who is this remaster for?

Nostalgia has enormous power and Crysis for Switch will probably be bought mainly by those who played the PC edition many years ago. Out of sentiment. Only. Someone who would like to catch up should, however, let go of the remastered edition and purchase the computer version at a lower price (maybe on a promotion?), Which will work not only on every newer tin, but also on an office laptop. Oh, a sign of the times. The gameplay itself shouldn’t be disappointed. It’s still very playable, although at times a bit archaic FPS with good graphics.

Crysis Remastered is lame in many respects. It is certainly not a must for the latest console from the Nintendo family, although for fans of the series or just shooter lovers, it will be a pleasant, several-hour-long adventure. We know that most of the reviews are whining and mentioning more and more flaws – but we recommend the game, the shooting is nice, the missions are interesting, and the crumbling elements of the environment or the suit’s capabilities are really fun. If you are a fan of Crysis or experienced this pain 13 years ago when you were unable to launch the game on your PC, take it blind – the wave of nostalgia that will hit you will be amazing.