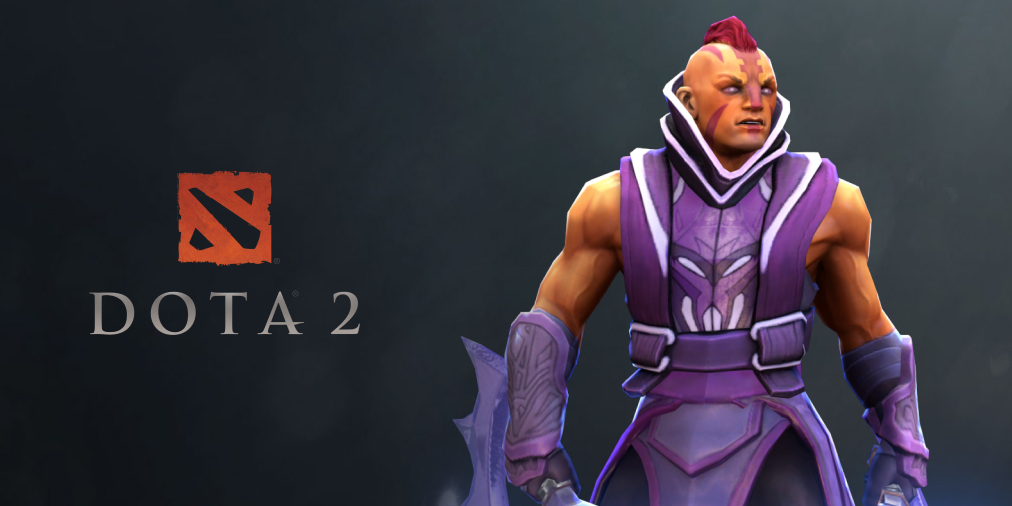 Anti-Mage is a pure carry hero in DOTA 2 and as the suggests perfect for countering heroes that heavily depend on magic damage. He is an extremely mobile hero with skills that give him the luxury of high magic resistance, to be able to deal huge damage to heroes with high mana. His skills also elevate his farming a lot and Anti-Mage has an incredibly great farming speed and is great on late game.

But with all these great skills and mobility has a low strength gain. Heavily depends on the Battle Fury for farming and requires support in the early as he is squishy and for farming as well. He can be killed easily when caught on disables and is pretty much useless against heroes that don’t depend on mana.

The primary motive with Anti-Mage is to farm. Building the Battle Fury as soon as you can is the best option as it helps a lot with farming. With the Battle Fury, you can easily farm by blinking from camp to camp and switch between lanes quickly allowing split pushing too. You should quickly farm and build your items as fast as you can.

This ability reduces the mana of the targeted enemy with each attack and deals bonus damage based on the amount of mana burned.

This skill is potent for enemies with a low mana pool as their mana will be drained quickly but the damage dealt to them according to the amount of mana decreased will be low.

The damage it deals with is of physical damage type and it does not bypass spell immunity.

Using this skill with the Manta Style is effective as this skill also applies to illusion, though the attributes of this skill are halved on the illusions.

With this skill, Anti-Mage can move around the map very quickly and granting him faster farm and split push values.

Think twice before using Blink to initiate fights, only use it if you think you have an upper hand on the fight or you will just be digging your own grave.

Utilize this spell to its max potential by using it to dodge enemy spells,  chase enemy heroes, and even flee from enemies.

But keep in mind the mana cost of Blink in the early game and refrain from using it too much and keep a mana regen item in your arsenal.

This is an ability best for defense. When cast it grants magic resistance and provides a spell shield that can block and as well as reflect any spell during its duration.

Spells and abilities that are of pure and physical damage type will bypass the effects of this ability.

If you’re up against enemies that have a high potential of physical damage give this skill the least emphasis for leveling up.

But do the exact opposite if there are enemies with nuke abilities and magic damage.

As this ability reaches max level spam it as it will have a very low cooldown. If you’re at low health predict the enemy spells to block damage.

Mana Void is the one and only high burst damage ability of Anti-Mage. This ability’s damage depends on the amount of mana that the targeted enemy is missing.

So, the less the amount of mana that enemy has the more the damage of the Mana Void.

How to Play Anti-Mage in Dota 2?

In the early game getting the last hits is a must. Secure last hits and purchase Ring of Health as fast as you can. After this, you have a  lot of options while building items. In the laning phase if your team has the advantage you can skip the Boots of Speed and straightaway start building Battle Fury. If a need for durability pops up then purchasing Power Treads or Vladimir’s Offering is a way you can go.

Sometimes building Power Treads before the Battle Fury proves to be fruitful as treads will help you in farming if your lane becomes contested.

With the Power Treads and the Ring of Health, you will be able to push the creep wave to the enemy tower without much effort and you can easily blink to the jungle camps to farm.

If you are able to carry out this perfectly you should be able to get over 100 CS within 10 minutes. So you can also opt for Power Treads then Battle Fury as it is fully convenient as that of straight Battle Fury. Look on the minimap very often and avoid enemy ganks. After the laning stage comes to an end find a safe spot for yourself to farm on the map. Make your teammates destroy enemy offlane tier1 towers so you will gain access to more jungle.

Until the Mid game, you should have your Battle Fury and your farming speed will be extremely fast. Farm the lanes and the jungle when the lanes push too far but be cautious of the enemy’s movements and missing. If you manage to complete the Battle Fury faster than expected, build Vladimir’s offering for yourself as with its life-steal aura you will have constant full HP, thereby with it you can split push easily.

You should opt for Manta Style next as it works perfectly with your Mana Break. After the Manta Style, you should be able to take down opponents easily by simply spamming all your skills. Just keep farming and the items that come next depend upon the heroes on the opposing team.

Consider a Black King Bar if there are magical or lock-down heroes in the opponent’s team. If you require more tankiness and durability, go for Heart of Tarrasque or if you require boosting your DPS go for Butterfly or a Monkey King Bar.

As the late stage of the game is reached you will certainly have built your Manta or Butterfly. You should focus on joining team fights and split push. Anti-Mage is probably the best for split pushing. As your team is repulsing enemy pushes you can simply push down raxes or even the throne. But you have to keep in mind the enemy TPing back.

They can simply rax or throne you and not even give you a sliver of a chance to solo rax them in return. So always keep a TP in your hand as with it you will be able to return to the team fight and secure favorable trades. If your push becomes slower than that of the enemy team, consider leaving the push and prioritizing team fights. Try to end the game as soon as possible.