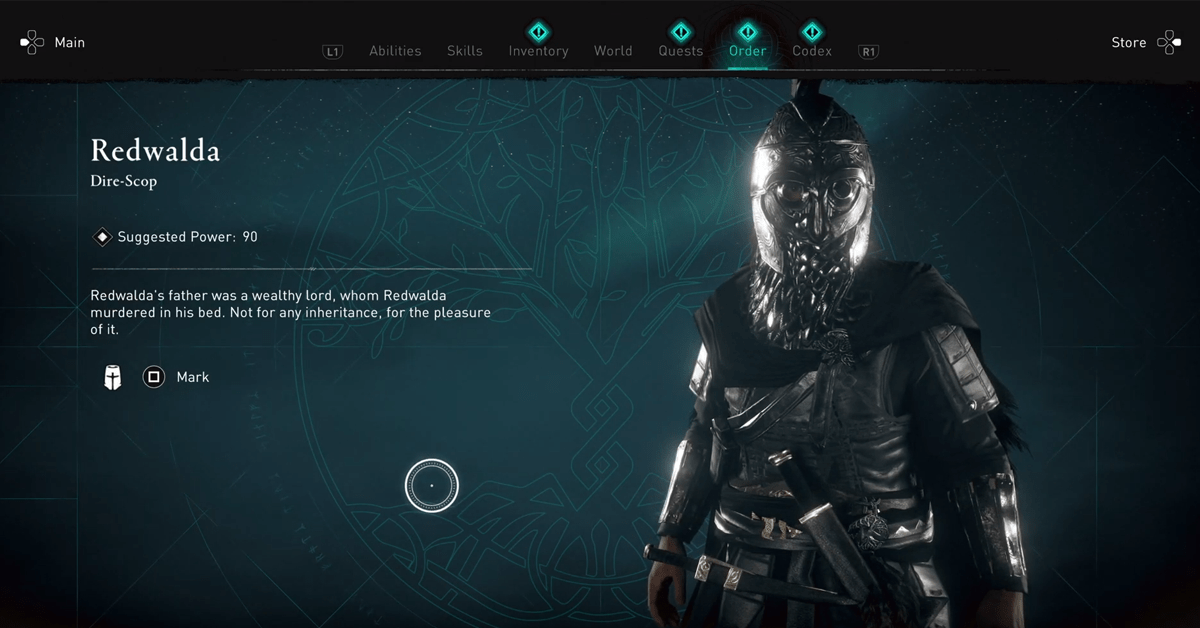 Redwalda is located in the ruins of Venonis, north-west of Ravensthorpe, in Ledecestrescire.

Within the map, there is a fast travel option that allows you to get there much faster; as opposed to the normal traveling method.

Things you should know before taking on Redwalda

Redwalda unlike most bosses is quite a tough opponent and will require good armor, advanced skills, and tactical strategy in order to defeat him.

For starters, the boss has incredible defensive powers making him a tank-like machine.

Another thing worth noting is that it’s recommended that you fight him when your skill level reaches 90, otherwise you will most likely be at a disadvantaged state when tackling Redwalda.

You should continuously upgrade all of your armor, and weapons as much as possible before taking on Redwalda because doing so will help you take down Redwalda much faster.

For Redwalda, there is a certain skill you need for this boss in particular. The skill is called Missile Reversal, and in this case, is essential for defeating Redwalda.

How to take down, and defeat Redwalda?

First and foremost, you need to find a way to ambush Redwalda, in order to deal the most damage to Redwalda. Simply attacking him straight on will not be very effective, as you will most likely lose health, and potentially lose.

Its a good idea that you look at the map to spot his location, so that way you can track down him down and ambush away!

In order to ambush Rewalda successfully, without inconvenience, it is recommended that you get on high-grounds, or a spot where you will not be easily noticed, so that way you can charge in, and get some extra damage on Rewalda.

Try attacking Rewalda when he’s in front if you, so that way you can easily catch him off-guard, and build in some extra damage.

Rewalda has a weak point and a very obvious one at that. It is his orange patch right on the right side of his knee, and it glowing making it super easy to notice. This is your perfect opportunity to attack his glowing orange spot, but it’s recommended that you use a projectile like arrows, because long-range weapons are generally better for Rewalda.

Make sure to bring extra bows, so in the instance that you run out of arrows, or are low on arrows, you will have a back-up bow to assist you on your Rewalda challenge.

Do not, I repeat, do not play short-range, because this will jeopardize your chance of defeating Rewalda, playing short-range is extremely risky for Rewalda, since he’s super tanky and really hard to hit up close.

You should try attacking Rewalda at a distance to avoid unnecessary trouble. Use arrows to slowly deplete his health, and try using missile reversal, to counter his projectiles.

Missile reversal is an excellent tool for decimating Rewalda, it can do super-heavy damage against Rewalda, which is exactly what you need to defeat Rewalda.

Rewalda has the ability to set traps every once in a while; do not panic though as you can use this to your advantage. The trick to using this strategy is to wait for Rewalda to set forth on the trap, once he is in the trap, immediately fire arrows to deal extra damage, or use missile reversal for huge damage.

If he is stunned by his own trap, you shouldn’t attempt to charge at him. He gets up soon after the explosion of the trap, and if you are up close to him, he will attack you, and that will jeopardize your chances of defeating rewalda, so do not take this risk, because it is not worth it.

Follow these steps for the entirety of the match, do not attempt to attack short-range, or go against these strategies, because doing so might result in your defeat. Of course, if you have a strategy of your own, feel free to use it.

Although Rewalda comes off as intimidating and challenging during the earlier parts of the game. If you become powerful enough and know Rewaldas playstyle, then you will most likely be able to defeat him!

For beginners/noobies this boss will most likely take some practice to master since Rewalda is tougher than normal, but with enough practice, and strategy it is indeed possible to defeat Rewalda.

If you are planning on fighting Rewalda, you should meet a certain level of the game, have good armor, weapons, and good skills. So that way you will have an easier time fighting Rewalda.

In conclusion, Rewalda is a boss that requires strategy, and dedication in order to triumphant over. This boss isn’t something that can be easily defeated in one go, it requires the utmost strength, and power to defeat.

Best Tips For Archero Where To Farm Weapons