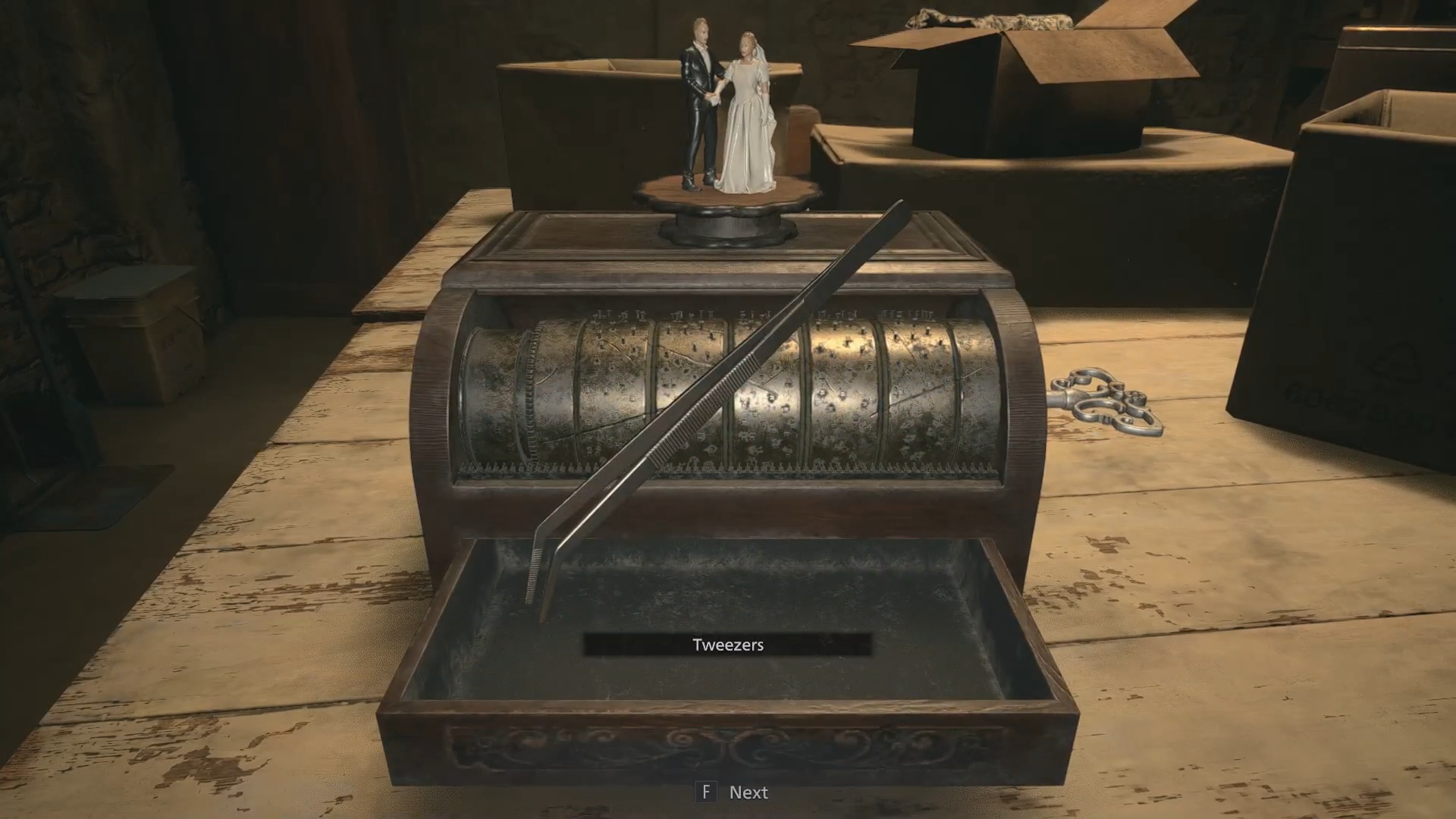 The Music Box Puzzle is essentially one of the most important Puzzles, you’ll ever be solving in Resident Evil Village. This is not because you will find some legendary loot out there, or a weapon of massacre to destroy those nasty zombies. However, you’ll find a very important item out there called “Tweezers”.

The Music Box Puzzle can be found on House Beneviento, the box is opened using the Winding Key. The puzzle essentially consist of cylinders that can be rotated. Unlike, a regular code lock, there aren’t any codes here in this Music box which makes solving the puzzle extremely difficult for first timers.

The solution to the puzzle lies not in the sequence of the position of the cylinders as a matter of fact, all cylinders look the same!. They are dotted all over the place and many may assume that they have to figure out the correct sequence of dots in order to solve the puzzle which is not the way actually.

As you can see, the solution to the puzzle is actually pretty simple once you figure it out, however, if you are like me and tried it yourself, it can take a good amount of time to figure this out. Once you’ve open it, the couple on the top of the box will start rotating and it will unlock itself.

So, there you have it, this is the solution to the Music Box Puzzle in Resident Evil Village.

What’s inside the Music Box?

Once you’ve successfully unlocked the Music Box, you will receive an item called “Tweezers”. While, it may just be a simple utility item but it’s actually a very important item for future quests. Tweezers are used to extract other important items from dead bodies in Resident Evil Village. This is absolutely a very useful item and you just need to get it.

How To Get Infinite Ammo in Resident Evil Village?

How to get Shiny Charm in Pokemon Sword & Shield?