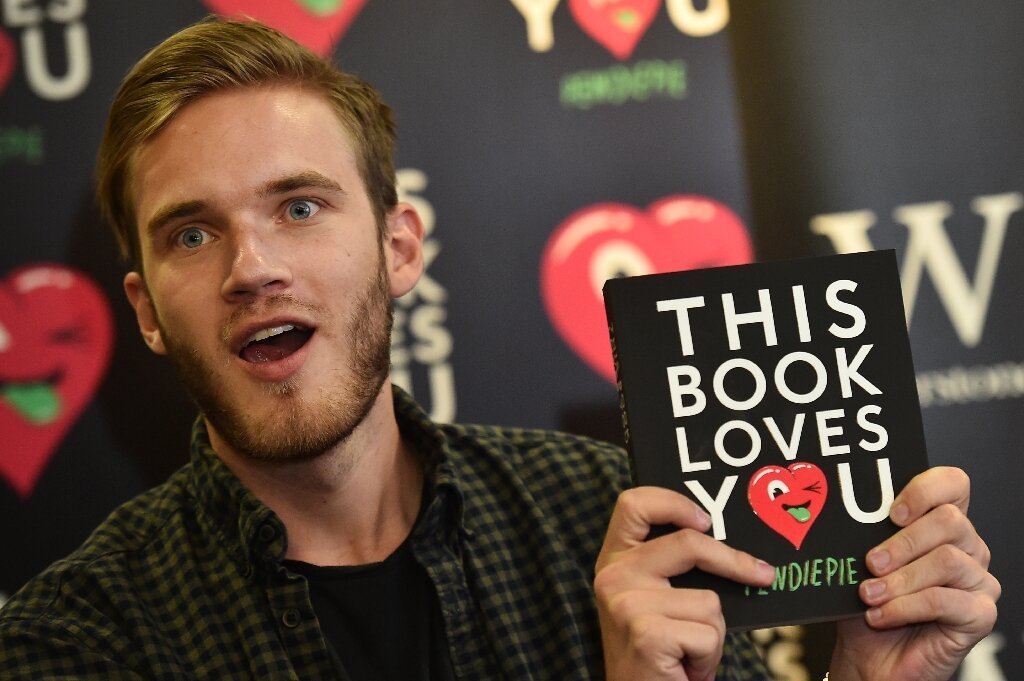 What is the current Net Worth of Pewdiepie in 2021?

His famous opening video intro “Hey Whats up guys Ma name is Peawdepie”, is indeed one of the most iconic things ever talked about in the gaming community on YouTube. No doubt, this is one reason why he was able to surpass 100 million subscribers on YouTube. But Pewdiepie became famous not because he is some kind of genius YouTuber or something.

I don’t possibly think so, but what I really think is that people naturally just like him and his personality as gamer. We hardly see him ever play competitive games like Dota 2, CS:GO or Call of Duty, but rather we see him play games with stories, he really tries to understand the story of the games he plays and shares it with the world.

In 2021, Felix Kjellberg, AKA Pewdiepie, has had an estimated net worth of 40 million dollars. He is one of the most subscribed YouTuber on YouTube being the first person to surpass the 100 Million mark. He is very regular on YouTube, uploading videos almost everyday, and he streams gameplays of various games with other YouTubers as well.

He is no doubt, one of the most loved YouTuber in the YouTube community. In 2019, Pewdiepie married Marzia Kjellberg. It was probably one of the biggest things that happened on 2019.

Pewdiepie was born on Oct 24th, 1989 in Sweden. Durning his early days, he used to play a lot of games. He graduated from Goteborgs Hogre Samskola in the year 2008 and pursued his further education at Chalmers University of Technology.

However, College life and studies did not interest him and he decided to drop out of college and pursue his dream which was art. In his early days, life was very tough for him. He used to do Freelancing Photoshop work online in order to earn some extra income.

In one of the videos, he even said that he didn’t have the money to buy a laptop and equipment needed for YouTube. However, he did not lose hope and he struggled his way out into starting his YouTube career. At first, he had never imagined that he would become one the kings of YouTube. According to him, he started YouTube just for fun and gaming.

The old Pewdiepie isn’t the Pewdiepie that we know today. He was nothing like the Felix that we see today. He was actually very calm, cool and pretty much enjoyed playing games and sharing it with the world.

In one of the videos, he even states how important and happy he was when he finally gained 100 subscribers. He was so thankful to his subscribers that he even made a video about his fans appreciation even though he only had 100 subscribers.

His most famous words were his Intro where he used to start the video with “Hey Whats Ups Guys Ma name is Peawdiepiee”. His this famous intro was the first thing that become really popular and unique about him.

Some of his best videos were his commentary and epic reaction videos about games and memes. Soon, Pewdiepie realised that people loved his energy and his energetic and funny commentary. He also realised that some of his gameplays about scary games like Silent Hill and Friday the 13th became really popular due to the scariness and his reaction towards that.

At one point Pewdiepie also mentioned that some of his reactions and funny commentary were over-exaggarated. While many people may have thought that his reactions were fake but it was one of the most important things that Pewdiepie did in order make his fans get entertained and happy.

Overtime, his funny commentary and epic reactions really shaped up and in 2012, his YouTube Channel reached over 5 million subscribers.

One of his most famous YouTube Playlists was the Lets Play series where he played different games together with his fans.

From here, his YouTube Channel became a serious business. It was now no more just a gaming channel but he had built a community, a channel which had the potential to only earn him a lot of money but also help the community and the society.

He started getting a lot of attention from the media and along with lots of love and support from his fans, he also had to face a lot of hate as well.

He then went on to release his own game, called Pewdiepie: Legend of the BroFist which also become hugely popular and his fans loved the game.

His game was inspired by his own signature outro where he used to end his video by showing a bro fist to his fans.

He also then published his own book called “This Book Loves You”. Along his YouTube journey, he won several awards from the gaming community and also from YouTube as well. As he won the Best Gaming Channel in the 5th Streamy Awards.

He was also mentioned on the Forbes list as the highest earning YouTuber as in 2016, he annual income was around 15 million.

But money did not make Felix happy and that is exactly what is so special about him. Pewdiepie regularly helps the gaming community, supporting his fans and many other aspiring gaming YouTubers.

Not only that, he also supports several NGO’s and Charities and raises a lot of money for the poor. In one of the campaign named “Water Campaign”, he managed to raise over $400,000 and in many other campaigns he was also able to raise over $1 Million dollars.

As of 2021, Pewdiepie is worth over 40 million dollars. There is no doubt, having a channel with over 100 million subscribers, has the potential to earn him lot of money.

Pewdiepie has well used his money for very good reasons. Over the years, his YouTube recording equipment has really changed and become better. He has been able to get better gaming computers and camera equipments.

He has also given away a lot of money to charity. Some of the famous ones we know are Save the Children, Child Rights for You, National Alliance on Mental Illness and several tons more.

Sssniperwolf Net Worth 2020 : How Much Money Does She Make On YouTube?