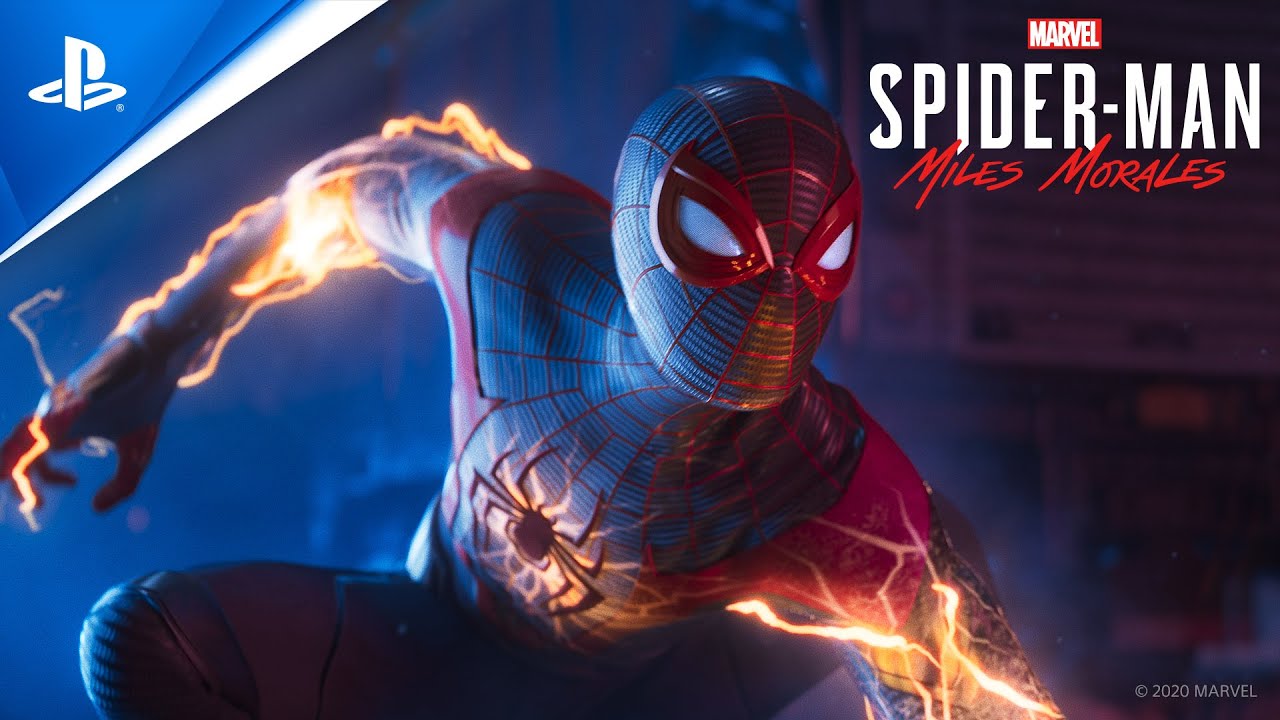 Now that we are finally getting the long-awaited next generation of consoles, the PS5 is launching with its own version of one of the biggest exclusives for the PS4. Spider-Man had one of the best superhero games ever for the PS4, and now it’s back as a launch title for the new PlayStation 5.

However, the announcement was a bit confusing as the later on mentioned that it could also be an add-on to the original game. But since they announced it, it has been cleared up, and now we know we are getting a new game, but that it will also be available on the PS4 and PS4 Pro obviously. So, with that out of the way, let’s swing right into the analysis.

The Spider-sense is tingling again!

Even though most people think of Peter Parker as soon as they hear Spider-Man, Miles Morales has been around for quite a while. Thanks to the amazing movie Spider-Man Into The Spider-verse this changed, as it presented a lot of the different spider characters from different universes. As well as being a breath of new life into the Miles Morales character, making it popular for the general public.

Spider-Man Miles Morales is also a new take on the game we all loved and enjoyed back in 2018, but with some changes that immediately jump to your attention. Miles Morales is a completely different person from Peter, and it really shows. The game gives us insight into his own life, his family, friends, the things he believes in, and where he’s from. It does an incredible job with this, and it gives the character a lot of depth, so it’s easy for the player to feel attached to Miles.

Miles Morales’ powers are different from that of Peter’s Spider-Man, and the game makes us use them in the most clever ways. Not only enhancing the already-great combat system and the chasing but also adding a stealth element.

Miles uses his powers in his own, unique way, and this means not only his original powers are special, but also the ones he shares with Peter. The web-swinging takes on a whole different style, with new smooth animations and enhanced physics that fit the character. This goes along with how he moves during the fights, and all the interactions he has with the city.

THere’s now more interaction with the city and the people in there, and you have to help them in many tasks that are smaller but may feel more intimate. This helps a lot in the feeling that he’s just starting as Spider-Man, and you have to take care of the neighborhood stuff a lot. That being said, it does feel like a smaller game, and when you take everything into consideration, it is considerably smaller.

Spider-Man Miles Morales is a great game, it features all the things that make people love the character. Miles gets more in-depth exploration as a person and as a hero here than ever before, making it even comparable to Into the Spider-verse. The new mechanics for the unique powers are great and well developed.

In PS5 there are two different modes to set the game, you can either play in performance or infidelity mode, and that can be really frustrating. In Performance mode, you get a smooth 60 FPS, and this helps a lot to appreciate the beautiful animations. But the fidelity mode has you playing with much better visuals, including having the Raytracing on. It looks much better, but it caps the resolution and framerate. It doesn’t matter whichever you choose, you’ll always know how the game looks either with better visuals or with better performance.

-Smaller than the previous game

Complete Story Of Prince Of Persia Sands Of Time – Part 1