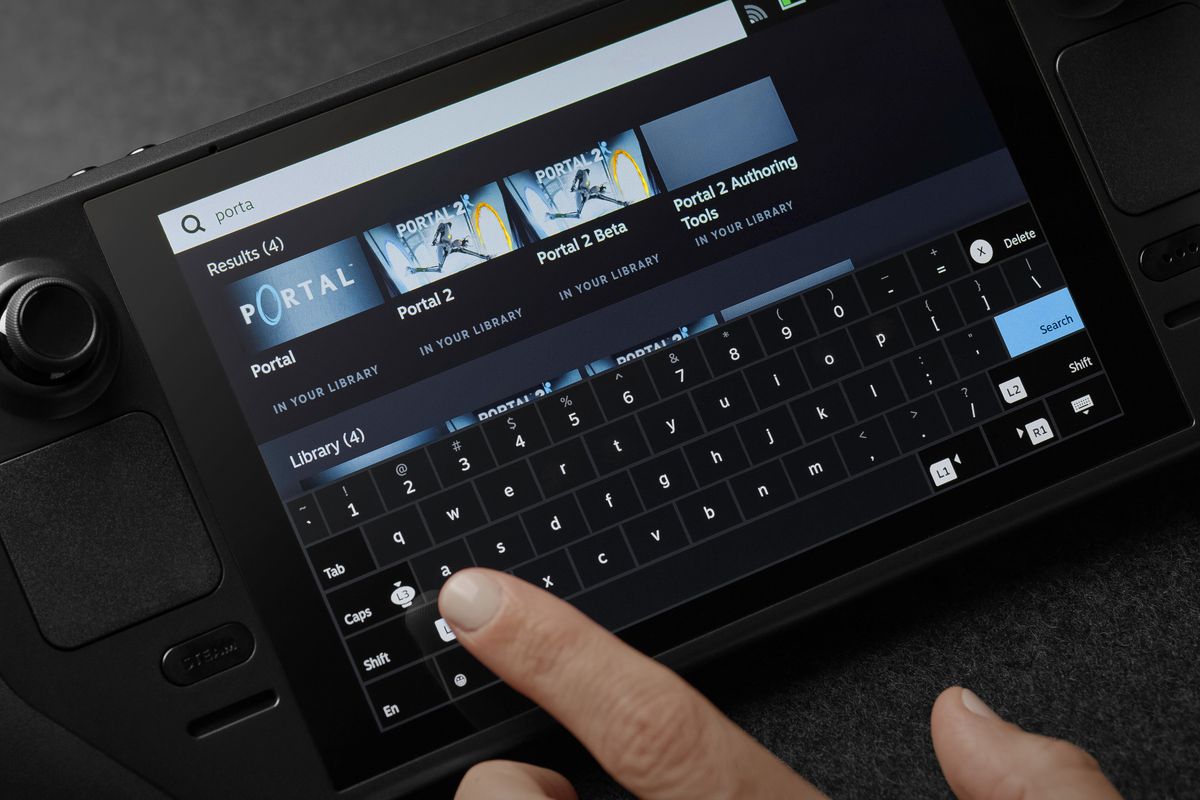 Thursday, Valve announced its brand new gaming product called the Steam Deck. Its a handheld PC device that prides itself with portability, while still allowing gamer’s to enjoy playing their PC games on Steam. It comes in three different versions, each version has different storage spaces, speed and features.

Although, it was noted that the internal storage cannot be replaced, while gamers would get the option to use MicroSD as an option to expand their storage space. This however, is not confirmed yet.

The Steam Deck is priced around $399 and its really tempting price range for many gamers out there. However, there’s a catch here and most of the gamers would really be familiar with this. The problem is the internal storage which is just 64GB and that is too less for playing modern day age games. Especially, for all the GTA V and Call of Duty fans, unfortunately, the 64GB of storage space won’t be able to accommodate the storage needs of these games. GTA V alone requires more than 100GB of storage space.

The mid range version has a 256 GB of internal storage space which is a NVMe SSD and it will cost you $529 dollars USD. The $649 dollar version will get you 512 GB of storage space, additionally getting you the fastest storage, premium anti-glare etched glass, Exclusive carrying case and much much more.

This means if you are going to play games like GTA V, Call of Duty, Doom, you’ll probably need to get the 512 GB version.

It has also been announced that the Steam Deck should most probably come with a MicroSD card slot where gamers expand their storage. Fortunately, there is Samsung with it’s 256 GB MicroSD card that costs only $35.99 dollars and 512 GB one will cost $69.99 dollars. This can hopefully give gamers more storage options. However, the option for having a MicroSD card slot is not yet confirmed.

We are also not sure how much storage space will the Steam OS will eat up. This means even though we have 64GB of internal SSD storage, chances are that you’ll be only able to use upto less than 55 GB of storage space.

Valve’s Newell reported that the internal storage of the Steam Deck will have an accessible M.2 2230 slot which can be used to swap out new SSD storage. The problem with M.2 2230 SSD’s is that they are expensive and not easy to get. A 512GB version of the M.2 2230 SSD will cost you over $300 dollars USD. This means even if you get the 64GB version, you’ll be spending another $300 plus on upgrading the storage to 512 GB. In total, you’ll spend $699 dollars and because of this, the $649 version becomes a better option.

Lastly, even if you’ve swapped to a new 512GB SSD, you’ll need to reinstall the Steam OS and this can be a big problem for games. They’ll have to figure out how to install a new Steam OS into the system and go through all the hassles of installation. While replacing the internal SSD storage, you’ll also void your warranty.

Ultimately, the question here comes down to what kind of games do you play?

If you are an Indie gamer, games in the Indie genre usually just need 4GB – 8GB of storage space. Sometimes, even less. In this case, getting the 64GB version of the Steam Deck that costs $399 becomes a sensible choice. You can also play Half-Life, Portal and Ricochet. Now if you’re on a budget and still wanna play heavy games like GTA V, Call of Duty and other big titles, you can opt for the $256 GB version, with a catch, you can only play a couple of big Title AAA games.

In my opinion, getting the 512GB version that costs $649 dollars is the best option. It gives you enough storage, speed and features to play all kinds of games. At least you are not limited to just Indie games, like with the 64GB version of Steam Deck where, you can’t play games that need more than 64GB of storage.

The Steam Deck is definitely very promising and has a very attractive price point. Especially, for those gamers who love to play games on their bed and have the whole PC/Console gaming experience of their favorite games. The Steam Deck will be released this December, 2021 with users having the option for reservations.