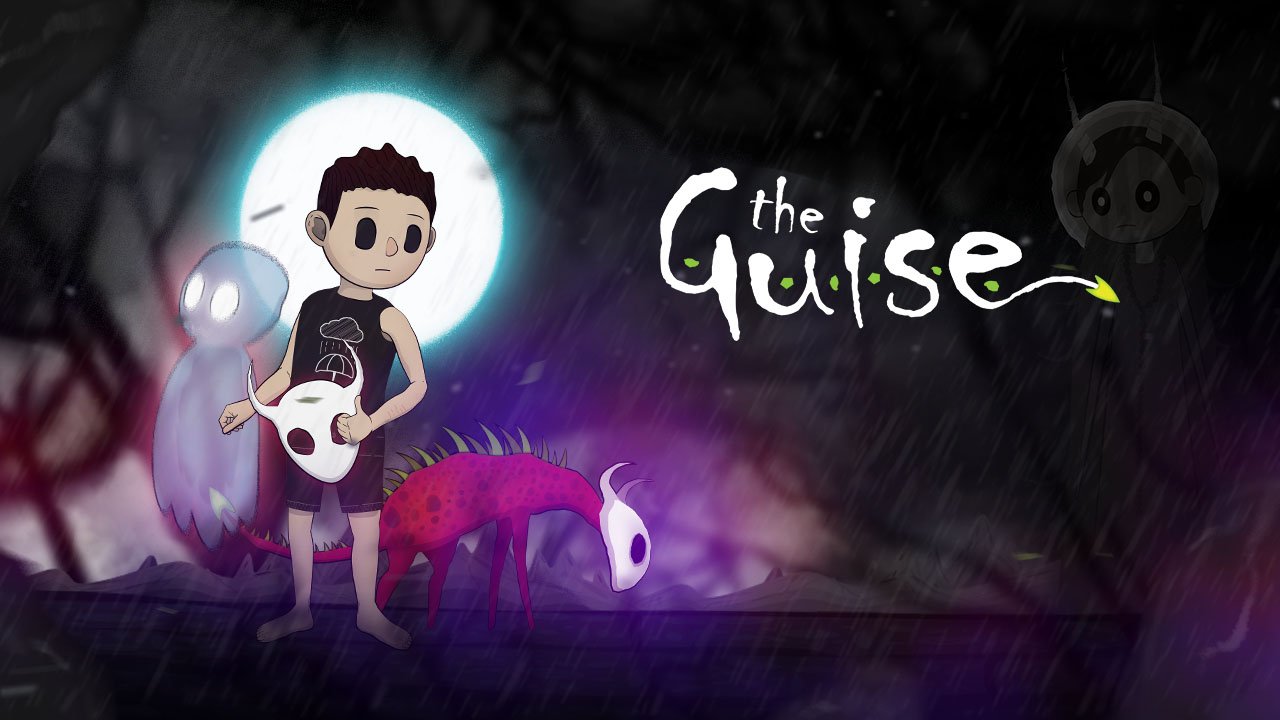 The Guise is a dark Metroidvania fairy tale game about an orphan boy who somehow (explained later) turned into a monster and is finding a way to regain his human form.

The guise was initially released on November 21, 2019, developed by a solo developer named Rasul Mono, published by GameNet and Big MMO Game Network Limited. This game is normally designed for PC, so this game is playable on Windows.

The Guise is a single-player game. In the game, you play as an orphan boy, named Ogden who disobeyed the headmistress (a witch) of his orphanage and sneaked into a forbidden locked room, and due to his temptation, he tried on a cursed mask that transformed him into a monster (as demonstrated in the image). To watch the story of the boy turning into a monster, you can watch this video.

After this, the actual game begins. You proceed in the game in the form of that transformed monster and gain monstrous abilities and try to turn back to human form eventually. To turn back to the human form, the witch asked you to collect some items i.e eyes of any living thing, and this takes you into that dark forest to collect those items and in the journey, you encounter those terrorizing creatures and monsters.

In the map of the game, there are different dark locations including villages, forests, dungeons, and valleys where you will face different types of creatures and hurdles, trying to knock you down. You will also have to fight against fiendish bosses and evil monsters to unlock hidden passageways and secrets that can lead you to retrieve the human form back again.

You can watch the gameplay trailer in this video.

In this game, like all other action games, you have a health scale for your character with an ability to heal too.

In short, you have to collect the enemies’ eyes to improve your abilities asked by the witch, find the secrets and hiding places in the journey, meet the weird creatures, and step by step discover the dark world.

The Guise Features and UI

The Guise is based on a 2D platform, dark themed, and dynamic color graphics according to the visual standpoint.

When you start the game, you will see a very simple UI (user interface), which includes

In this game, the player does not have an option to choose the difficulty level. The difficulty level increases gradually. In the beginning, the enemies are not very difficult, you can easily pass them away but this level of difficulty increases with the advancement of the story or game. After defeating each boss or monster you will be rewarded with a new ability to use against the alive or dead enemies.

The writing used in the dialogues between different characters is quite strong too. Players can easily interpret what is going on in the game.

After every talk, you will see an option to resume, quit, or again see the talk if you forgot to note something significant earlier.

After reaching the specific points on the map you can save your progress in the game.

You will also experience well-balanced levels and combat mechanics. Controls are responsive and you can simply set them according to you on your keyboard.

The lightning, thundering, and horrifying music of the piano give a sense of dark atmosphere and evilness (Halloween analogy).

Following are the suitable system requirements to run The Guise flawlessly:

There are many Metroidvania games like the guise. Some of them are mentioned below

Is The Guise Worth it?

After reading the complete review and watching the videos, you will get a clear idea of the concept and mechanics of the game.
It seems to be a good game that could be satisfying for Metroidvanias lovers. The price of the game is also not too expensive to enjoy the game at its full. The controls, graphics, and sounds are also good.

The concept of this game is quite different from other games in which glorious and heroic things are involved. This game is, as you already know, based on a monster. So, this makes it quite an interesting and different game from the others.

Developers updating the game and fixing the bugs regularly.

The game does not require any extraordinary system requirements and accessories.