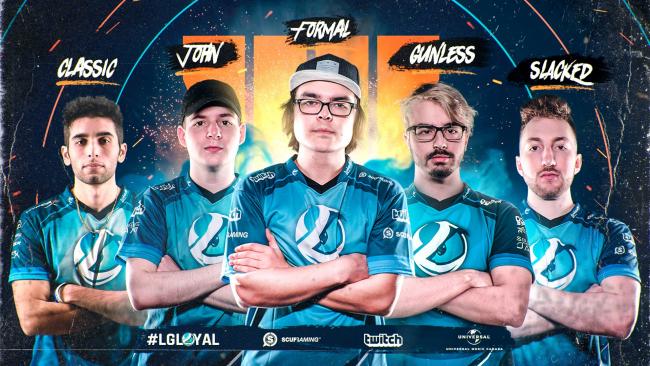 One of the greatest FPS war gaming franchises of all times is none other than Call of Duty. This game was first published in 2003 and moved from the Second World War to modern warfare to now Advanced warfare changing the way FPS War games are to be played. It also included almost all possible ways of war.Publisher Activision Blizzard has done an excellent job making every COD game unique and appealing and worthwhile.

Every new series brings us a new World War story, story of brothers, commanders, courage, valor, and sacrifice. At the same time, improved graphics and now what we’ve been playing which is the Call of Duty Warzone, one of the best Battle Royale games of all time.

But it’s not just the single player story modes that have made Call of Duty so unimaginably addictive, but it is the multiplayer tournaments and eSports championships that keep the game extremely fun and challenging. The fact that, we all can be the best players in COD and to reach that level, it takes time and practice.

To celebrate COD and it’s wonderful series and history, In this article, I have come up with the top 10 Best Call of duty Players in the world.

DiCostanzo “Classic” is now a substitute for Toronto Ultra and he began to play COD at the age of 15 and started to perform as a fairly unknown player in his career. He is best known for his roles in the FaZe clan, Most Wanted, Prophecy NA, Rise Nation, and Team eLevate.

Classic played well at MLG Columbus in 2013 and was ranked seventh in the same year in UMG Philadelphia. He began to wave his ball in 2015, placing fourth at the Call of Duty Tournament, at a total of $25,000 for Team JusTus and Prophecy NA during the Advanced Warfare season. Classic earned $309,449 in total out of the game.

While he’s been competing since Black Ops 2, Advanced Warfare has been break-out season for SlasheR and, with Sam ‘Octane’ and Matthew ‘FormaL’ Piper, he’s regularly been one of the world’s best three AR’s. Thanks to his 2016 Champs win, he beats the former into the top 10.

SlasheR was crucial in winning the 2016 Champs, nearly pulling Envy’s team back to back rings in the 2017 Champs, but they still ran in an incredible OpTic and in the grand final SlasheR’s toughest rival, FormaL. SlasheR has been at the top so far and every player on the squad with him is still in favor of winning a game.

Tyler “aBeZy” Pharris is an Atlanta faze Team’s SMG Slayer. In the WWII season, he started making his reputation, when his team Enigma6 Party failed to achieve the impressive Top 12 finish in the CWL Birmingham Open Tournament. The team then won the CWL National Circuit United States 2018 Stage 2.

ABeZy earned himself a spot on eUnited. The squad won a perfect 4-0 at CWL Las Vegas and had just 3 maps fallen. Instead, they rolled on Lightning Pandas with OpTic Gaming to the losers bracket and defeated Luminosity Gaming and Splyce, and they were re-equipped with OpTic in the Grand Finals. The squad eventually placed second to qualify for the 2019 CWL Pro League, where the world championship took place.

“Slacked” Berry is a Seattle Surge SMG Support. He ended 7th in the 2011 MLG National Championship on the pro-circuit in Black Ops 1 with Notorious. He didn’t reappear until Black Ops 2 finished in Frag Cup IV, where he was 2nd with JuKeD out of 1814 players.

It wasn’t long until during the Ghosts season, Slacked became a starter for Most Wanted. The squad emerged 3rd after a crushing 3-0 fight at the UMG Nashville 2014. Slacked began his domination with a series of new teams for Modern Warfare. He has earned about $354,210 to date.

While he has been participating since Black Ops 1, his career has not really come entirely at the peak until Ghosts because he has been distracted by college obligations for his second season in the Black Ops .  In Ghosts he helped FaZe Clan win their former tournament and earned the silver medal with Team Kaliber at X Games, and it became obvious that Apathy was meant to be the leading star.

Apathy also has a whopping eleven 2nd place finishes in his career – if he had converted a few of those, he might be even higher on this list.

Clayster has also been seen to be more adaptable to ever changing Call of Duty games every year; one of the best players for each season, irrespective of the boots on the field or the jetpack turmoil.

Much like ACHES Clayster has had a winless quest on his own, an incredible 1400 days, but his teams still had one stroke of success from the Championships during this period as a FaZe leader and eUnited. At the close of the Black Ops 4 season, CwL Finals and CWL Camps prevailed at the two best competitions of the year-so that’s how at the last CoD Champs, Clayster just knocked ACHES out of the top five.

Johnathon “John” Perez is a Luminosity Gaming SMG Slayer. He was struggling to pursue and to take a place in a competitive team before entering Luminosity and, for a time, it felt that an esport future could elude him. Fortunately John joined Crowder, Saints and SpaceLy in the Black Ops 3 season to shape the starting roster for Luminosity.

2016 was undeniably the best year of John. In appreciation of his successful play on his map and the encouragement he received, his team Team Envy not only won the Championship this year but also the award of Most Valuable Player. To date, he is among the few players who have earned over half a million in the Call of duty winning.

For the team Chicago Huntsmen, Matthew ‘ForMAL’ Piper’s is the Main AR. He won seven tournaments in three separate versions of Halo before his COD career. Although this will be a record highest performance by any team, his figures on COD are almost as unforgettable. FormaL won three tournaments in three separate competitions over a span of two months, including three different teams. He became the first esports professional to earn both Call of Duty and Halo with one big LAN event.

Abner Seth “Scump” is a Chicago Huntsmen SMG Slayer. Along with FormaL, he has played with 32 other teams and won $600,000 in wins with OpTic Gaming to become the World Champion in 2017. Having represented the franchise for a solid span of five years is one of the longest-tenured OpTic players.

There have of course been chokes, mistakes, and things that are less than steel (for instance, the entire WWII season), which, considering the popularity of Scump, are often exaggerated, but there is no doubt that he is not the greatest SMG player ever to do so.

Lastly, the greatest CoD player of the world is Crimsix in the last decade, spanning from Call of Duty 4 to Black Ops 4. Few may claim that the additional ring of Luck gives him advantage, but, in my opinion, beaten by the superior tournament record of Crimsix. Crimsix won 32 (48 per cent) after a whopping 66 LAN games. He has currently ranked in four or better of these 66 events in 49. Crim lists his overall victories of 33 in the 2012 Frag Cup as being the highest at the moment, including the online Frag Cup.

Scump may be the OpTic captain, but for a major part Crimsix was de facto the leader in the game and was still pushing his teammates to make every effort, contribution and attention. As a fragger during the CoL / EG dynasty, Karma and ACHES were also part of this and Optic dynasty, he was also a fragger.

In total, Crimsix records is unaffected by any of his competitors, and after ten years of successful CoD, he will reach the franchised era at the top of the list.