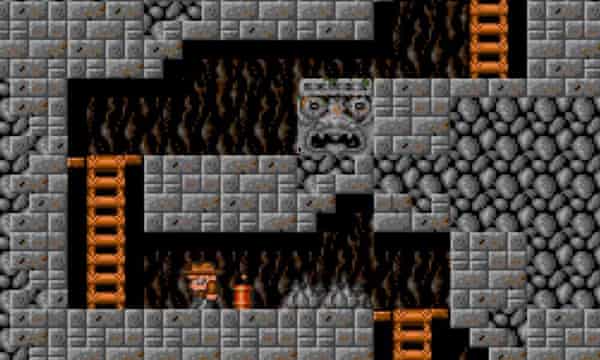 Video games are some of the most fun things to do in life. Whether you play GTA V or Assassin’s Creed, they all are built with the mindset of putting challenge. That’s why the games become even more fun to play. Crossing a challenging level is sometimes really rewarding. Especially, crossing those aeroplane missions in GTA Vice City, Oh boy!.

But some games have taken it too far, to a point where it’s near impossible to cross their levels. It takes practice, skill, knowledge, timing, or sometimes just pure luck to cross these hard levels. They have made their video game levels so difficult that even the developer themselves cannot cross the level. ‘

Take a look at the list below where these are the top 10 Hardest Missions and Levels in Video Games.

Goldeneye 007 is one of the games that has lots of memories. The game was difficult and you literally needed to play the game at least 10 to 15 times before you could cross the level Aztec which is one of the hardest levels in the game. But what was even harder was the fact that you had to play the game in the damm old N64 with those wonky N64 mechanics, it made the game just too difficuilt.

Especially, in the level Aztec, you had to have the photographic memory of every spot, enemies and just know when to shoot at them and your shots had to be accurate otherwise, you’d just get killed spot on. It had some of the most powerful bosses with huge health and guards that had pinpoint accuracy. It was either, you kill them or they kill you.

GTA Vice City is one of the most memorable games of all times. I am sure you’ve had your fun times when you would just kill the police and town citizens for 8 hours straight and do the same thing the next day. But when it comes to missions, GTA Vice City is brutally unforgiving and it has no mercy on gamers.

Remember the Demolition Man mission? – It was basically a mission where you were given a life sized toy like cool helicopter. Now driving a Helicopter in GTA is always fun and it’s easy too. But when it comes to driving a toy helicopter, it’s a whole new level of brutality. It was just very tuff to control the helicopter in this Mission. You’d had to be really skilled to use this helicopter. But after that, you job was to plant four bombs around a large construction site using the helicopter.

You got your skills and control right, great!, you planted the first bomb, great!, Now watch out for the guards as they have guns and if they shoot at you, you will explode. If you panic and crash, your helicopter is going to explode. So it’s basically, a whole new level of mission that is really hard.

3. Through The Fire And Flames (Guitar Hero III: Legends Of Rock)

You may have heard of this song “Through the Fire and Flames” and it’s a song played by the Metal Rock Band Dragonforce. It’s one of the most fire songs of all time and it’s really good. In terms of speed and tunes, this song will just motivate the hell out of you. So, it’s a good song for workouts or even competitive gaming.

Here’s a clip of the song in SoundCloud:

Now imagine, playing this song in Guitar Hero III, it’s extremely difficult because of how fast the notes are. For players, it’s just hard to catch up, and even pro players are not able to get past the first intro. This level of Guitar Hero III is regarded as one of the hardest levels of all time. It is said that it’s just easier to play the song using a guitar than playing it on Guitar Hero.

Dark Souls is a game known for its difficulty, unpredictability and just sheer fear. While playing the game, you got to be prepared for any danger that might along the way. It’s a game where skill matters the most, you have to have mastered timing and attack with the skill of evasion as well. So, there’s a lot of things in the game. The battle with Ornstein and Smough is another tough one. Infact, it’s the toughest level of all time.

Unfortunately, batting these behemoths can be hard. They are just in complete sync with each other. Smough is the one who is slow but his attack give huge damage while Ornstein is fast with his thunder attacks. While you may be a pro at the game and you may have defeated Ornstein or Smough successfully, but the tough gets tougher when they absorb in the powers of the defeated one. At this point, you are facing even a tougher boss with huge attack, increased health and even speed.

Hotline Miami is known for it’s amazing hot 80’s music that you can enjoy while playing the game and also getting roasted by enemy shots. The music is what really drives you through those hard insane levels and motivates you to move forward, besides that, you just gotta have pure skill in this game.

The number thirteen is always deemed as unlucky and guess what, the thirteenth chapter “Assault” is the hardest level in the game. It takes place in a police compound filled with armed and skilled police officers that never miss their shots.

One shot, and you are dead. That’s all this level is all about and what’s even tougher is the fact that even if you get pass three to four officers, you will most likely get shot by the fifth one. There are just ton of enemies in the compound and if you are skilled enough to get pass all of them, last stage is the most brutal of all of them, enemies can actually push you out of the elevator, leaving you stranded outside of the building. It a level where you can’t make any mistakes, or wrong move. You will probably die at least 15 to 20 times before you get past 3 enemy officers so the level is just too hard.

A Ninja Turtles game!, sounds like a child play but be not misunderstood. We’ve all played one of these games at least once in our lifetime and it’s fun and enjoyable. But those easy ones were the PC versions of the game. The NES one is a different story.

Firstly, you have less controls and that means skill and timing matters a lot. The Dam Level in the game put your Ninja Turtles into water as it is said that water levels are the hardest in the game. You gotta float through the water environment, dodge obstacles, disarm underwater bombs. You’ll have to rush to keep your turtle afloat without touching any electric walls of seaweed. Sounds easy huh?, it’s not. There’s a time limit of 2 minutes that just makes you go crazy. Therefore, it’s the DAM LEVEL.

7. The Water Temple (The Legend Of Zelda: Ocarina Of Time)

It’s really not the most difficult level in the game. It’s difficult because it’s is one of the most frustrating levels in Zelda. Not only will this level “The Water Temple”, drive you crazy, you may just quit playing the game.

In this level, you are pretty much surrounded by water and water levels are known to be tough. The temple is extremely dark so it’s difficult to move around. You have to raise and lower the water levels which is a frustrating job, especially since the player must constantly equip and un-equip Link’s Iron Boots to continue.

The most frustrating part is when you equip the Link’s boot, you walk at a snail’s pace. This level has been hated by almost every one who has played the game and even Nintendo game developers who developed the game have admitted that. Therefore, they have made it possible to provide alterations to the Water Temple level to make it easier for players to pass the level.

Battletoads is known for its difficulty and brutality. One of the reasons why the game became so popular is because of the level “Turbo Tunnel”. This is the third level in the game and it is at this level when the difficulty just increases by 10X directly.

It begins with a normal fighting scene and quickly transitions to driving part that gets unforgivingly difficult. You have drive through tons of obstacles and the driving gets so fast that you hardly even notice obstacles coming in your way. It is said that, if you can pass this level in the game, it’s equivalent to beating the game. Because if you can pass this level, you become so skilled at the game that future levels are just easy peasy for you.

Getting a real Flight training in real life may take years, it’s difficult. Flying a plane in GTA San Andreas without following rules is easy. As long as you don’t crash and have your cheats on, you are the best pilot in the game. However, Flying the plane by following rules in the Flight School, that takes some real skill.

We all have played GTA San Andreas and it’s one the best games for sure. We’ve all played those missions and one mission that is insanely difficult is the Flight School Mission. Not only is this mission challenging while you have to fly those awkwardly difficult planes, especially when turning or banking as you have to get through those circles. There is a time limit in the mission and that just means that you have to be perfect in every step while you fly the plane.

Call of Duty is one of the best FPS games of all time. It is regarded as one of the legendary games that if you have it, it’s gold. If you know how to play it, you can be proud of yourself and if you are pro at it, you are a legend. However, the Heart of the Reich is a level in Call of Duty: World at War where even the most hardcore games have their skills tested in the game. It’s one of the most hardest level in the game but only on veteran mode.

The penultimate level of World at War sees players take control of a Soviet soldier as they advance on the Reichstag. At the highest difficulty, players face enemies having maximum accuracy that never misses. Even tougher is the fact that they throw so many grenades that makes hiding impossible. It is said that when you are playing this level, your skills might help you take down some of the enemies but here luck plays a huge role rather than skill.

Thanks for reading this article. Hope you enjoyed it.