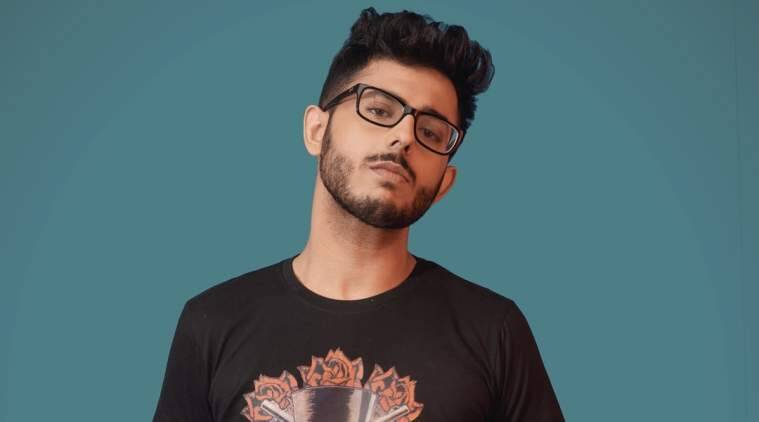 23rd March, 2017 brings in an event in the history of the gaming industry that changed the world and shaped the era of how multiplayer games are to be played.

We are taking about the Official release of the Game Player’s Unknown Battle Grounds, A.K.A PUBG. The graphics and gameplay of this game was so good that within months, PUBG had millions of players playing the game.

The new concept of Battle Royale modes in multiplayer games sparked the rise of popularity of PUBG and that’s what PUBG was really famous for.

PUBG had a really cool UI(User Interface) and gameplay. Popular FPS games like Modern Combat and other shooting games had awesome graphics but lacked the idea of immersing the player into the multiplayer genre.

That which PUBG did it perfectly with the idea of Battle Royale game mode allowing players to play with their friends in a team of 4 competing with 96 players. Even though, on PC, games like Counter-Strike GO and especially Call of Duty did well in the survival modes but they still lacked the concept of infusing survivability plus multiplayer into the game. PUBG did it the best.

Although, PUBG was only released as a PC version in the early days of launch but the real popularity of the game began when it was first released as a mobile game on the 9th Feb, 2018.

This allowed players to play the game on your smartphone itself thus making the game hugely popular and playable on all devices.

This was some little information about PUBG incase if you did not know. Now let’s talk about some of the best top players in PUBG. PUBG is such a game that people who play the game also love watching others play and this has created so many YouTubers who stream on YouTube and Twitch playing PUBG.

Out of several million PUBG players, there are only a handful of them who have reached the top ranks of being the best players of the game.

So here are some of the top best PUBG players in the world.

BIU BIU whose real name is Yulei -Xin was born on 1st June, 2000. He was one of the earliest gamer who had his hands on the game PUBG.

As soon as the game was released, Biu Biu started playing the game and his skill to play with his 4 finger claw was so good that today he one of the best PUBG players at the age of just 19.

He quickly gained popularity and he is also the member of Team Secret Mobile which is one the best e-Sports team in the gaming industry. The Malaysian PUBG player started his YouTube on 11th November 0f 2018. His first ever video was titled Perfect Gameplay by Biu.

It was that video which got really popular and Biu Biu’s fame and popularity also rose. He currently has around 735,958 subscribers on YouTube channel and 67.6 million video views.

Soul Mortal also known as Naman Mathur is an Indian PUBG gamer, streamer and YouTuber(MortaL). He was born on the 17th of August, 1996 in Mumbai. One of the things that is unique about Soul Mortal is that he plays PUBG on mobile and with his fingers while we all know that most PUBG players play the game using emulators.

The thing that made Mortal so popular is because of his skill to be able to handle tough situations in the game. He uploaded a video on YouTube on 21 October 2018, where he got trapped inside a house and his teammates were all dead, but he bravely rushed up and killed the opponents in such stressful situation while his health was also very low. His this video gained a lot of popularity and also helped him gain fame.

He currently has 3.6 Million subscribers on YouTube and has a net worth of about $200,000.

Coffin is one of the top renowned best player in Turkey. He is known for his solo high intense square matches. His YouTube channel has around 723K subscribers and 27.1m VIEWS.

His real name is Asimaltan Yucel and he has a 2 fingers control while playing PUBG however, he has the fastest 2 finger control. Lots of peoples call him God of PUBG Mobile.

His gameplay is full of intensity, high-level skills, and fast reflexes among other things. Almost his every video cross 500k+ views on youtube.

Shroud is such a name that in the community of PUBG he has broken so many records and created a huge impact in the PUBG community.

He is from Canada. He started becoming popular when in one of the tournaments, he was face to face with SOUL MORTAL and he was able to ruthlessly defeat him.

A cool fact to know about shroud is that his father is also a gamer like us. His father was the first one to introduce him to Counter-Strike. He started his career by first playing for E-Sports Entertainment Association League.

Over the years he got the opportunity to play with many high end teams ultimately joining Cloud 9 which is one of the best E-sports team in the world.

His Net Worth is around $4 Million Dollars.

His real name is Bawonchai Han and he is from Thailand. RRQ is one of the worlds best PUBG teams and he is one of the most prestigious members of the team. He has played in several big PUBG tournaments and won quite a lot in his gaming career. Who so ever watches his PUBG gameplay feels like it’s no less than just “Magic”.

He has a 4 finger claw control on his gameplay and his clan’s name is called Athena. He has around 350,000 subscribers on his youtube channel.

His current net worth is unknown but it is estimated from his tournament winnings that his could be worth around $100,000 to $400,000.

Levinho’s real name is Brahim. Brahim was born in Sweden country on 10 May 1999, and levinho age is 20 years old. Although Levinho plays solo in PUBG, he has made a great deal of progress in the YouTube gaming community with over 2.8 million subscribers.

He streams PUBG on his youtube channel almost every other day. He plays with some of the biggest PUBG players like Carryminati, Mortal, Dynamo Gaming, and Kronten Gaming.

On the 4th list is Carry Minati from India who is one of the best YouTubers of all time.

CarryMinati who is also known as Ajey Nagar is an Indian Youtuber and a prankster who runs  CarryMinati Channel on YouTube. He gained massive popularity after he uploaded BB KI VINES, I WANT A GIRL videos on his YouTube channel.

Although Carry Minati’s fame and fortune is due to his amazing pranking, roasting and comedian shows on YouTube but he is also one of the best PUBG player’s of all time and he streams on YouTube playing PUBG regularly with his friends.

Currently he now has about 9 million subscribers on YouTube and he is worth over $1,000,000 dollars.

He regularly streams PUBG, Fortnite and is a really good at playing PUBG. He has also broken several PUBG records of his own.

Panda is a Swedish YouTuber who is best-known for uploading PUBG Mobile and Mobile Legends gameplay videos in his channel, BluePanda. He has over 4 million subscribers on YouTube.

Panda actually uses an iPad to play PUBG and his control over PUBG is a four finger claw control and is one of the best players in the PUBG community.

His net worth as of today is between $1.5 Million to $2 Million dollars.

You Decide who will get the first position

So far these were the top PUBG players of all time from all over the world. However, every one has different opinion so to choose the best one and giving him the top position is really difficult because all the players are really good.

What do you guys think who should be at the top of the list?

TOP 10 HARDEST BOSSES THAT MAde US RAGE QUIT!