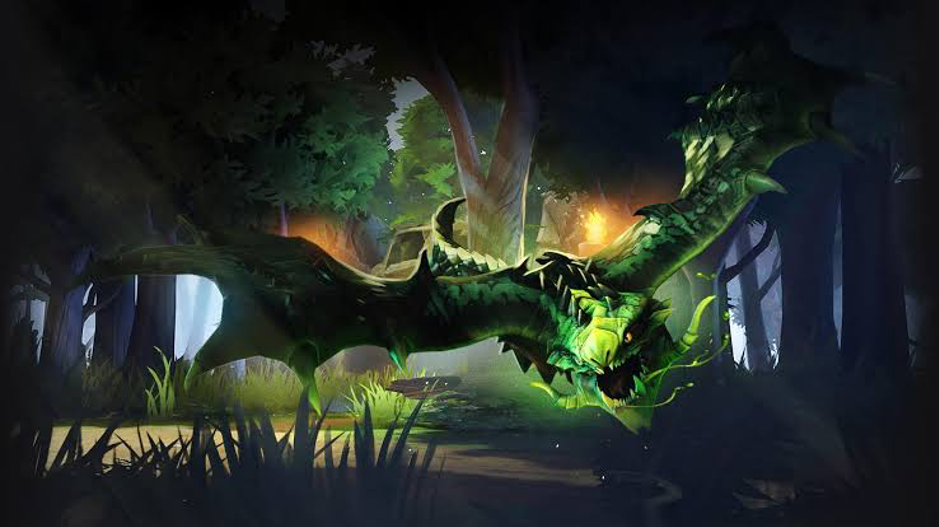 Dota 2 has a lot of heroes in the game and every new hero addition in the game makes the game even more complex and fun. New heroes like Mars, Pangolier, Grimstroke are really good additions however, there are some heroes in the game which in my opinion could be some of the worst heroes ever created in Dota 2.

After all, it’s not that the hero is bad or good, the game is designed in such a way that teamwork and solo skills really matter and it’s how you play the hero that finally decides if the hero works for you or not. Therefore, these may not be the worst heroes for some but it’s just for fun and personal opinion and experience.

So, here are some of the worst heroes ever created in Dota 2 in my opinion.

I know a lot of you may not agree with this just because of how powerful the hero is but bear with me for a couple of minutes. Viper is an agility hero with powerful poison attacks that can kills low health very easily early in the game. Viper has Poison attack, Nethertoxin, Corrosive skin and Viper Strike. In my opinion the poison attack is one of is most powerful skill just because of the additional poison damage it does to the enemy and of course the movement speed slow makes the attack devastating and unforgiving. The viper strike which is his ultimate skill is also really powerful against any hero.

However, his corrosive skin is somewhat useless and although it does slow the attack speed and damages the opponent who attacks viper, at late game the Viper strike is almost useless. Enemies like Phantom Assassin, Anti-Mage can easily knockdown Viper during late game. Viper also has very slow movement speed and even it is easy to farm with Viper, thanks to his Nethertoxin skill. Viper as a carry hero is really bad during late game.

Worst of all, at late game, at level 25 Viper gets a +160 damage boost or it can silence an area using nether toxin but it cannot tank much of damage. Heroes like, sniper, juggernaut, and other carry or nuker heroes can easily kill viper within seconds. Even with +160 attack damage, Viper can be useless if during late game, the enemy team is farmed properly.

Let me know your opinions on Viper.

Dark seer is an intelligence hero that is known for his Ion shell that surrounds an ally or enemy with a bristling shield that damages enemy units in an area around it. Dark seer has Vaccum, Ion Shield, Surge, and Wall of Replica. The Ion shield of Dark Seer is really good early game to harass enemies and deal damage to creeps. It also helps you a lot with farming and jungle farming. Surge gives you a quick boost in movement speed and Vaccum can help you deal good damage and it works great during times when enemies are trying escape while having low health. His ultimate, Wall of Replica creates a wall that when enemies pass through creates a replica of them and during team fights, it works great.

The bad thing about Dark Seer is that it’s a very costly hero. It needs proper farm and proper gameplay to really play the hero well. If you are playing any ranked match with this hero then good luck with farming.

The mana cost of his abilities is really high and you will need an Arcane boots in the beginning stages to get mana. However, Dark seer is also a roamer and initiator and in terms of team fights, it just doesn’t do well at all if you aren’t playing well with your teammates.

It’s not the type of hero that you can do triple kills or rampage easily, it more like hero that can really chase well but when it finally gets to the enemy, it has no damage or even magical damage to solo kill the enemy. By the time you finally get to the enemy, your mana is already drained. It needs support of his team mates to kill enemies. However, it does well it is actually supporting a teammate for a kill.

Techies is a hero that is loved by all and when it first came out, it was a really hard hero to play. The specialty of this hero is that it creates mines and barrel bombs on the map. When an enemy hero steps on it, the mines can do insane damage.

However, the problem with techies is that it can only kill heroes with his mines and that requires a great deal of skill to play the hero. In terms of farming, techies is just a fair farmer and during late game, it a tuff hero to play with. If you are not properly farmed with techies and if you are not placing mines all around the map,

Techies just becomes a useless hero that can’t do anything in team fights. 1 on 1 with a carry hero using techies, techies has some of the worst stats in Dota 2 and it’s a hero that you can play just for fun. His skills are really fun to play with but when you are serious about winning a match, all that techies can do is place mines and traps and ward.

Lich is a support hero which is famous for his ultimate skill that creates an ice blast that bounces among enemies several times as long as they are close to each other. Lich dosen’t require much farm as it’s a support hero and by mid game, lich has enough stats to kill.

The problem with Lich is that any carry hero can kill Lich very easily. It’s a very delicate hero to play with and while warding enemy regions in the map, if you ever get ganked by the enemy team, it’s just hard to escape.

Lich has sinister gaze which is a new skill given to him recently and it makes the opponent come towards us but other than being a support hero, Lich is somewhat useless if you cannot play it well. It’s ultimate chain frost is really powerful only if the enemy team is close enough. Otherwise, the chain frost is just stopped once the enemies are apart from each other.

Again, a lot of you may not agree with this but just hear me out. Tiny is a really unique hero with his ability to gain damage overtime as he levels up which is due to his ultimate skill Grow. What grow does is that it gives tiny an extra base damage, armor but reduces his attack speed. I must say tiny has amazing 1st and 2nd skill which is Avalanche that stuns enemies in an area and Toss that grabs the nearest unit in a 275 radius around Tiny, ally or enemy, and launches it at the target unit or rune to deal damage where they land.

The problem with Tiny is that it takes forever to farm with this hero. That’s because tiny’s attack speed is really slow and his mana cost is really high. The trick to play with Tiny is to give him more attack speed and that is done by farming items that boost attack speed. Those items are expensive and Tiny is only fully farmed during late game. However, during early and mid game, tiny is a hard hero to play with and especially if you are trying to build your items.

By the time, it’s late game, if you are not fully farmed and you have not build your items, it’s becomes a really weak hero even though it has high base damage.

So, these were some of the worst dota 2 heroes that you can play with and hope you enjoyed it. Let me know in the comments below about your opinions as to which heroes are the worst in dota 2.