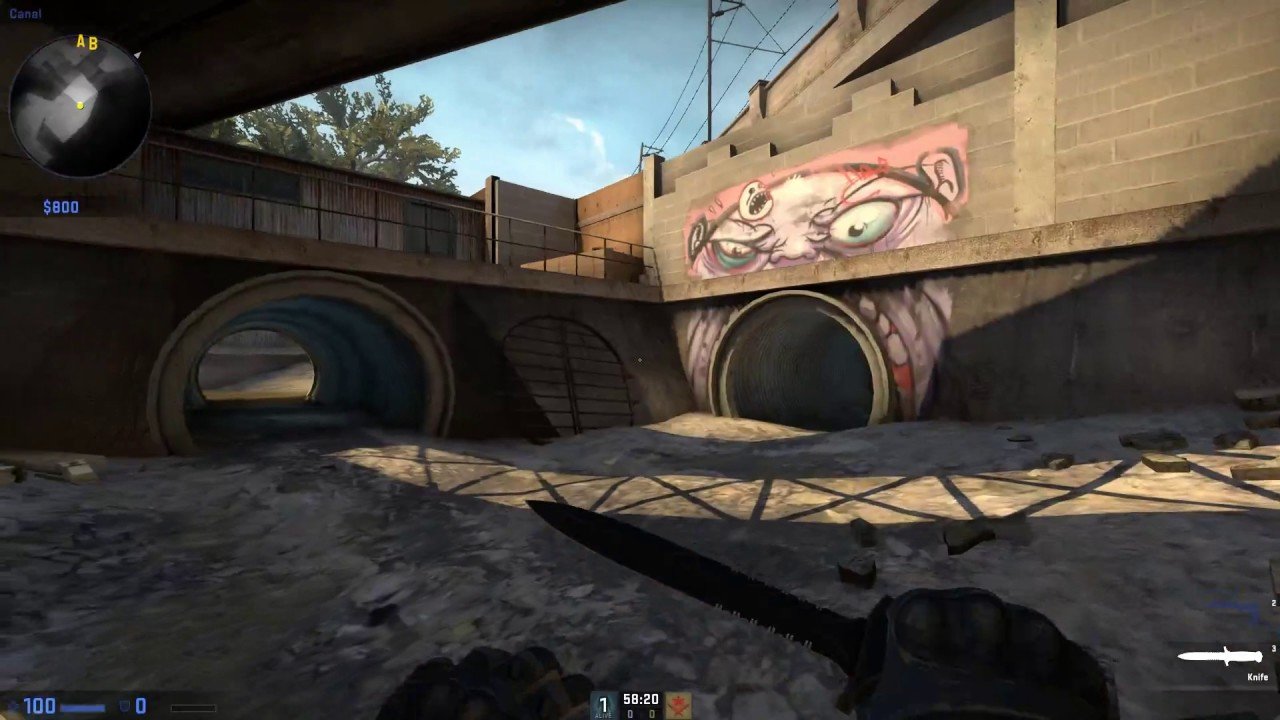 So, you want to rank up in Counter-Strike:Go but you are not sure which map you should play in. If you have racked up hundreds of hours playing CS:GO, chances are that it’s really hard to rank up without a strategy.

One of the most important aspects of pro-CS gameplay in competitive matches is playing in the map that you are comfortable with. Whether you are a beginner or a high ranked player, you need to know every bits and piece of the location of the map. Most importantly, you have be able to play the map to a point where you will the location of the enemies intuitively.

This can only happen if you play the map continuously.

With that said, here are some of the best and the easiest CS:GO maps to start with. These maps are easy, well crafted and you will have no problem playing in these maps.

Dust 2 is basically the most popular map in Counter-Strike and surprisingly, its a very easy map to play in. It’s a map with 2 bombsites, named A and B and these bomb sites have three entry points each. With a central point for two teams connecting both the CT and T bases. The map has a really good balance and particularly bombsite B is more close-ranged than bombsite A where, both the teams can face tough competition with snipers and assault rifles.

If you just want to rank up, just play in Dust 2 until you reach a good rank where you can afford to play other maps, here and there.

As the name “Inferno” suggest’s, this map is really about choosing the right decision. Whether you choose A or B, it can make a big difference in winning matches and having an advantage. The map is designed in such a way that teams just cannot go all in into a single bomb-site, and that is mainly because it can cost time and kills.

Inferno is said to be T-sided, but there are some minor design flaws but since it’s a classic, it loved by fans and while playing competitive, it can be really fun to play this map. Especially, once you understand your opponent’s strategy, you can take advantage of the maps entry points and shoot locations to win the match.

The map is mainly focused towards the T-side where the CT’s try to enter the building and rescue the hostages but if think about it, I think both the teams have a big advantage, whether you choose to play aggressively or passively.

Mirage is a top choice for competitive gaming as the map is made for competitive gaming. It’s a three lane map and players can imbibe different strategies to play a match. The rounds are heavily based on T’s aggression while giving advantage to CT’s to collectively playing around their aggression. There’s great space for creative rotations and this map is especially very versatile for both the teams. This can be a good choice for gamers and CS:GO players as it is easy to win rounds, once you get the strategy and learn how to play the map.

Some would consider Cache to be the greatest Counter-Strike: Global Offensive map. The ingenuity behind Cache allows for sniping, but not a lot. Cache is a simple three-lane map with connecting pathways to the main lanes. Its easy-to-learn layout and well-balanced timings make it a good playground for noobs to hone their strategic in-game knowledge before moving on to harder maps. Cache can end with intense firefights where members of the attacking team try to stall for time, hiding behind the shipping container.

Similar to Inferno, there is an insane amount of map control provided to CT at round start. When the T succeeds in making their way into the bomb-sites, a difficult rotation on both sites can severely punish the defense. Another source of trouble on Overpass is its long sight ranges which give AWPers and anyone with an excellent target, a good advantage. This is a great map for learning map control and is an excellent map for competitive matches.

These were some of the best maps to play competitive matches in and rank up. Of course, if you are going to play in competitive matches, you probably need to stick to one map at a time in order the learn the map properly and know how to play the map.

Let us know in the comments below, what’s your favourite Counter-Stike: GO map.