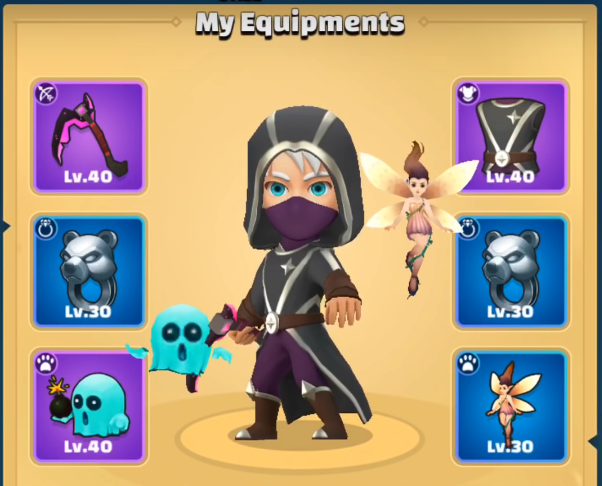 Archero is a game that is absolutely addictive, fun and extremely rewarding. There’s no doubt why it deserves to win the award of being the game of the year for 2019 winning the title “Best Quickplay games”.

One of the most important aspects of the game is “Weapons”. Without proper weapons and planning the right skill strategy, crossing levels in the game can be tough. In fact, you will really need to farm up weapons fast in the game otherwise, it can be hard to progress through the game.

Today, in this article, I will show you some of the best weapon choices in the game, especially early game and which weapon you should farm first.

Also note that actually all weapons are great but if you have just started playing Archero and you are in the beginning levels, some weapons aren’t that great until you get the Epic or Legendary Edition of it.

So, without further Ado, here are the top 3 Archero Weapons to Farm.

Although, from my experience and from many other Archero players, the Tornado gets pretty weak in the later stages of the game. However, it’s one of the best picks for the early chapters. Especially, if you are in Chapter 1 to Chapter 10.

The Tornado, combined with Multi Arrow, Diagonal Arrow and Bouncy Walls can mean, you don’t even have to move your player. The arrows will bounce all over the place and damage your opponents all around the floor.

You just need these three abilities for the Tornado to really buff it up and use it at it’s maximum potential. As the main abilities being Diagonal Arrow and Bouncy Walls that makes the returning shot bounce again and again.

Tornado is basically my first pick and I absolutely love this weapon. It does it job impressively and if you level it up to Epic, or even perfect epic, you need not worry about crossing the first 10 Chapters.

However, make sure that you get the Bouncy Walls ability in the floor. As that is the secret sauce towards buffing the item up.

But unfortunately, the weapon just doesn’t meet up the standards once you cross chapters 11, 12 ….etc. It still clears the floors for you but dealing with bosses can be a huge pain in later chapters with Tornado. For that reason, I’d opt for Death Scythe.

Now the second weapon of choice is Death Scythe. You can actually choose to replace Tornado with Death Scythe if you want to however, you might have to deal with slow attack speeds. Regardless of that, the Death Scythe is an overall, great weapon that deals massive amount of damage. In fact, it has the highest amount of damage in the game.

Combine that with the abilities of other Heroes that can deal Critical Damage, you have a weapon that can do massive destruction. Especially, it goes really well with Phoren who literally has an all round Critical Build.

The Death Scythe is probably the best weapon for later stages in the game. As once you get the Epic ability, it gives you 50% chance to headshot enemies with health less than 30%. This can mean a lot because killing enemies in the later chapters of the game can be tough. They all come with huge health and if you don’t have enough damage, it can be a huge pain.

With the Death Scythe, you can easily and massively kill mobs, and it’s best suited for killing bosses. The Death Scythe goes well with Multi Arrow and Ricochet. Combine these two abilities and you will see your Death Scythe just headshotting enemies all around the floor.

Of course, having more attack speed is important but the core thing here is that since the weapon is already very slow, it’s best to boost attack damage and give it abilities like Multi-Arrow that will just double it’s damage.

At first I pretty Skeptical of the Stalker Staff as it is a sort of weapon that looks like it made for mages or spell casters. In fact, it is but believe it or not, the stalker staff can deal crazy amount of damage.

I didn’t realize this until I combined it with the Diagonal Arrows and Multi Arrow ability. From there, I could just see the staff wiping out enemies and just destroying them.

Basically, what the weapon does is it shoots orbs in 0.5 to 1 sec delays, however the orbs follow the enemy.

This means that if you can use abilities like Diagonal arrows, all the three arrows will follow the enemy, just tripling your damage. Next if you get Multi Arrow, you just increase your damage by 6X times. That’s is a lot of damage that can be done.

What I found was it goes really well with Diagonal Arrows and Multi Arrow however, it is also dependent on it. Which means you will need Diagonal Arrows in order to fully buff the weapon.

Moreover, it’s not a great weapon to fight in close distance. You will need to be far away from your enemies and correctly position yourself, so that all the orbs hit your target.

Regardless of that, the Stalker Staff holds the position of having the highest damage in the game, when it is combined with different abilities. Moreover, if you add Bouncy Walls and Piercing Arrows, it works like a Tornado, but it just deals 3X to 6X times more damage.

It’s basically one of the best weapons in the game for later chapters and I suggest that you should definitely start farming this weapon after Chapter 10. However, you can also use it in early stages, if you ever find an epic version of it.

The only minus point of this weapon is that, without abilities, it is basically useless. So, you will need Diagonal Arrows in order to fully buff this weapons potential.

So, that was it guys, these were the top best weapons in Archero for you guys to farm. Honestly, speaking, you can choose any one of the weapons mentioned above for your early chapters as all of them will do really well. However, I’d highly suggest that you should farm atleast two epic weapons and if you don’t find an Epic for Death Scythe, you can use the Tornado.